Drinks, clothes, towel service and cosmetic needs in the changing rooms are included in the training.

* This special is valid only for new clients.

A STRONGER, FITTER YOU IN 20 MINUTES PER WEEK

With the lack of physical activity that most of us suffer today, the body stores the energy gained from food intake in body fat. Active muscles are the only organ that is able to burn body fat and thereby strengthen itself. EMS training is a revolution of the 20th century due to very intensive muscle activation.

EMS (Electro Muscle Stimulation) training is 20 minutes bodyweight workout. Miha Bodytec machine activate up to 95% of all body muscles during your 20 minutes. Almost all muscles are activated, including deep back muscles and pelvic floor muscles. Training is so intense that you should repeat it just once a week! Our experienced trainers take care about you every training lesson.

Results not guaranteed and may vary from person to person

TRAINING SUITABLE FOR EVERYBODY

EMS training is really good for everyone. There is no need to worry about health risks, since exercise is based only on the higher effectiveness of completely natural muscle contractions. EMS training has been proved to be completely safe, providing excellent results with minimum impact on joints and ligaments. Come and see personally that the EMS is really fun for everyone, regardless of age and condition. The conditions listed below are absolute contra-indications. If you have any of these four conditions, EMS training will not be safe for you. Pregnancy, Pacemaker, Any neurological disorder like Epilepsy or Multiple Sclerosis, Acute Injury, fever, bacterial or viral infections.

Do you want to try something new? Aren`t you a big fan of fitness? Then this training is right for you. You can start your metabolism in only 20 minutes per week and feel the difference on your body.

Working hard all day long? Do you need to release stress and give your body a kick? EMS is the right choice for busy business people working in the office with poor body activity.

Highly effective for athletes. Training increases overall strength and endurance and equalize muscular imbalances. In only 20 minutes per week to stay in condition.

Training is easy on joints, ligaments and tendons and that is why is also recommended for overweight persons. Relief back pains, reduce cellulite and feel better in only 20 minutes per week.

Don’t like fitness or don’t want to “waste” time with fitness.
2

You get training clothes, drinks before and after training, towel service…
4

Will lead your personal training. Club Membership not necessary.

HOW DOES EMS WORK?

EMS training is based on electro muscle stimulation. The Miha Bodytec works with up to 10 pairs of electrodes where each pair is placed on the right and left half of the body. The impulse goes from the location of electrodes through all muscles between one half of the body and the other. That is why you are able to activate the whole body muscles. Even those muscles which you do not know you have. For example, pelvic floor muscles, deep back muscles, etc.

Training takes place with alternating short 4 second intervals of muscle engagement and relaxation. There is every second up to 85 muscle contractions. Muscles are Half time of 20 minutes of exercise in contraction and half time relaxed. How many muscle contraction in total during one training? 51 thousand! While this is not obvious at first glance, the body feels as it had just taken 3 hours of intense fitness training. After such a load, the body needs regeneration which takes up to 6 days. 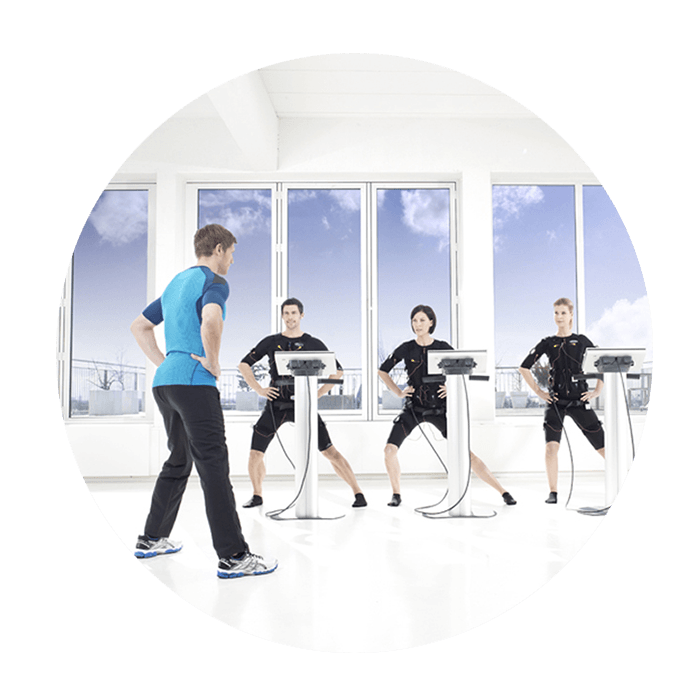 The training program is used to familiarize with EMS training and set pulse intensity.
2

Metabolic program, which is practiced dynamically. The impulses are tasteful. This program activates the lymphatic system and helps break down subcutaneous fat and water.
5

Deep body massage, which has relaxing effects. The program is suitable for those who want to shut down and strengthen after a busy day.

In 1780, physician Luigi Galvani found that an electrical impulse can cause movement in the muscles. Galvani was followed by Volta, and their electrochemical irritation trials established electrotherapy, which is now used in medicine in the rehabilitation of the locomotive apparatus.

The field of electrotherapy has been developing during two centuries along with deeper understanding of electric energy.

Newage research led to the use of low-frequency muscle stimulation to supplement and replace physical activity. This started in 1960s during the conquest of Universe. NASA researchers have been looking for an effective way to prevent astronaut muscles in the state of weightlessness from flagging.

And as it happens, what has proven itself in the space program has also been applied to Earth.

WHAT TO TAKE WITH YOU TO INTRODUCTION TRAINING?

The revolutionary 21st century training is called EMS Miha Bodytec. Train just 20-minute per week, and you’ll see the results in a mirror in 6 weeks! 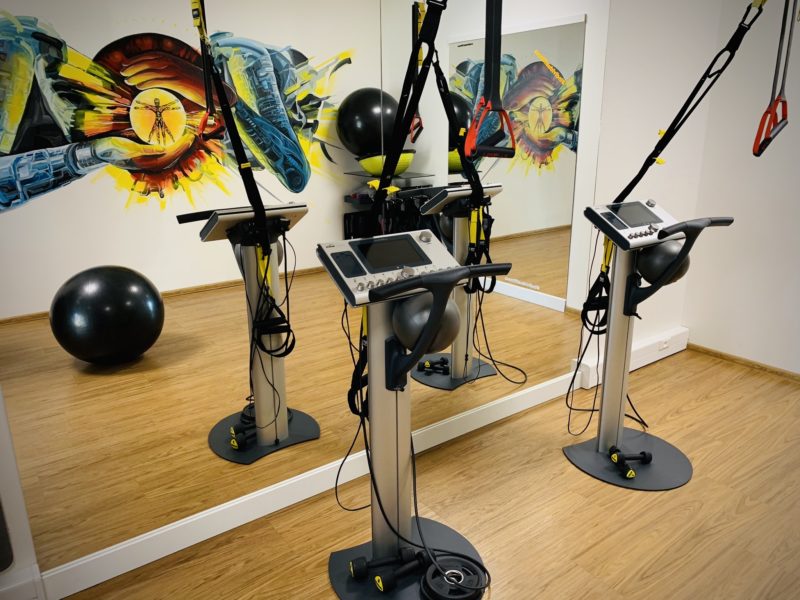 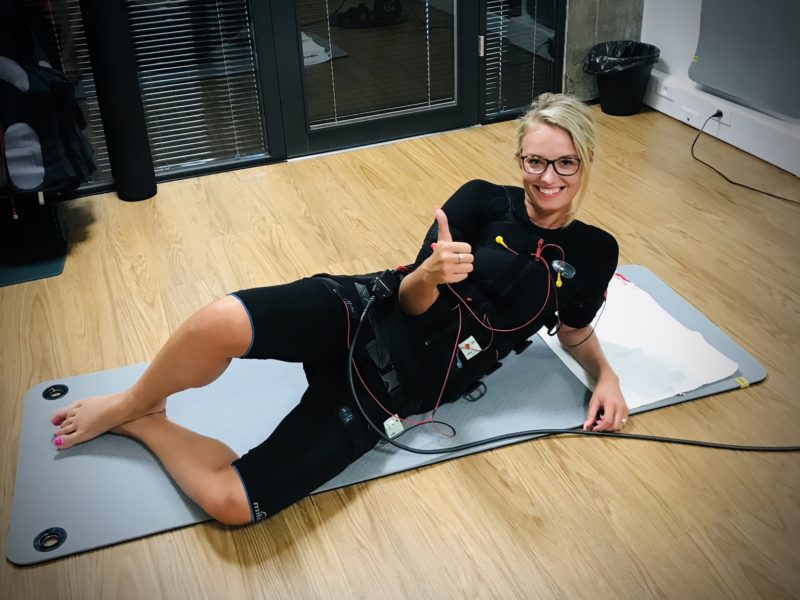 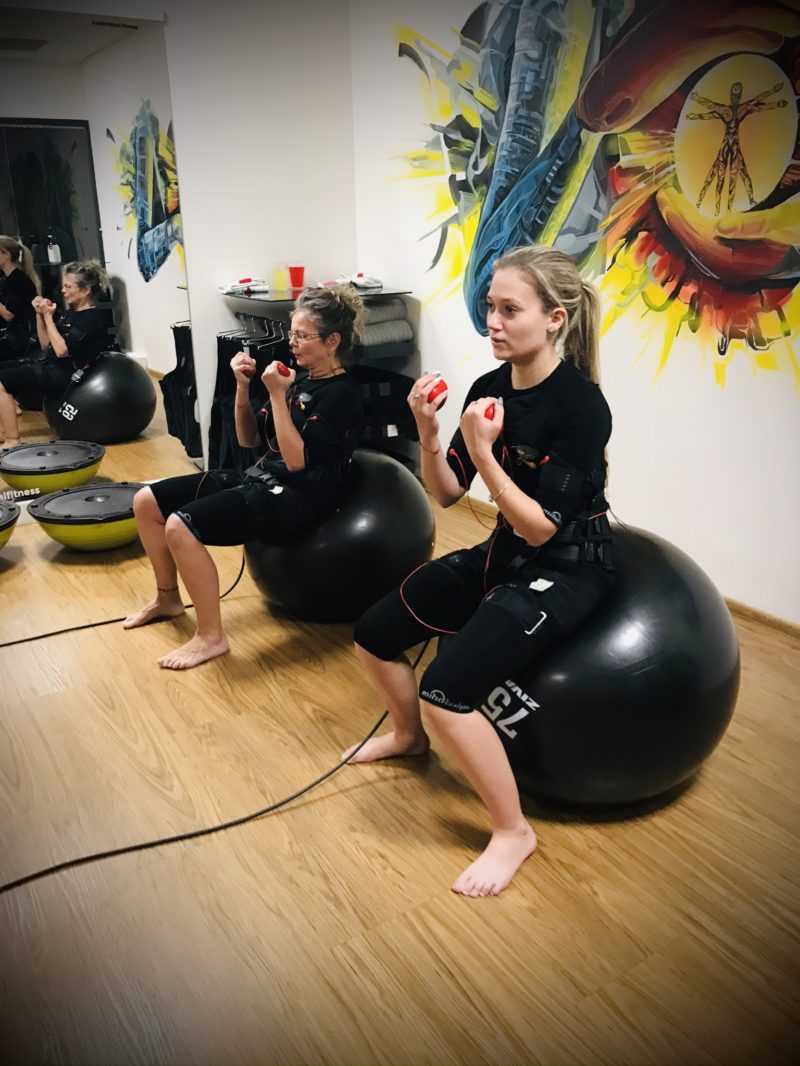 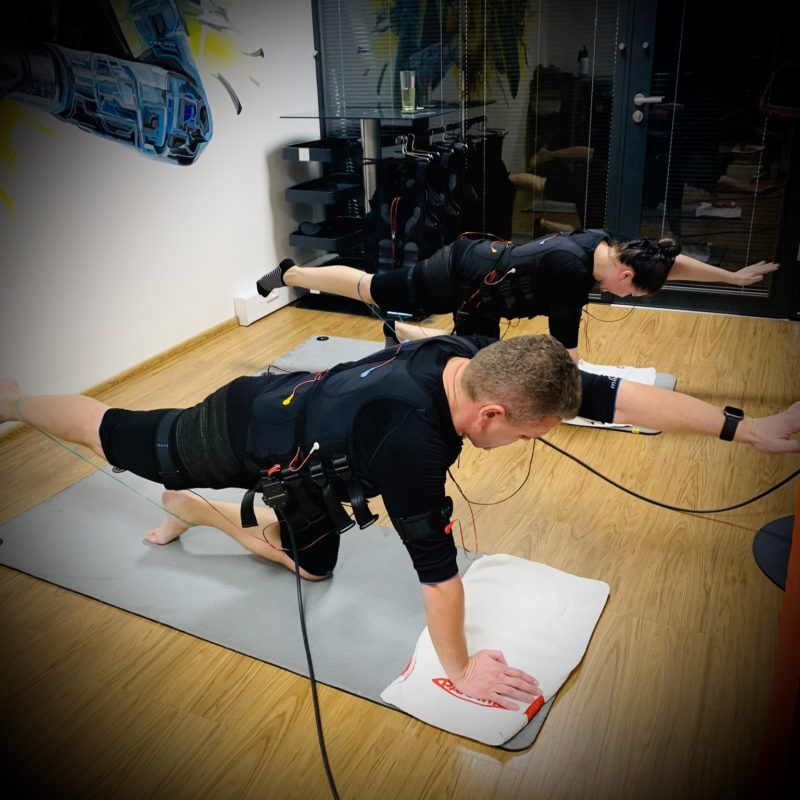 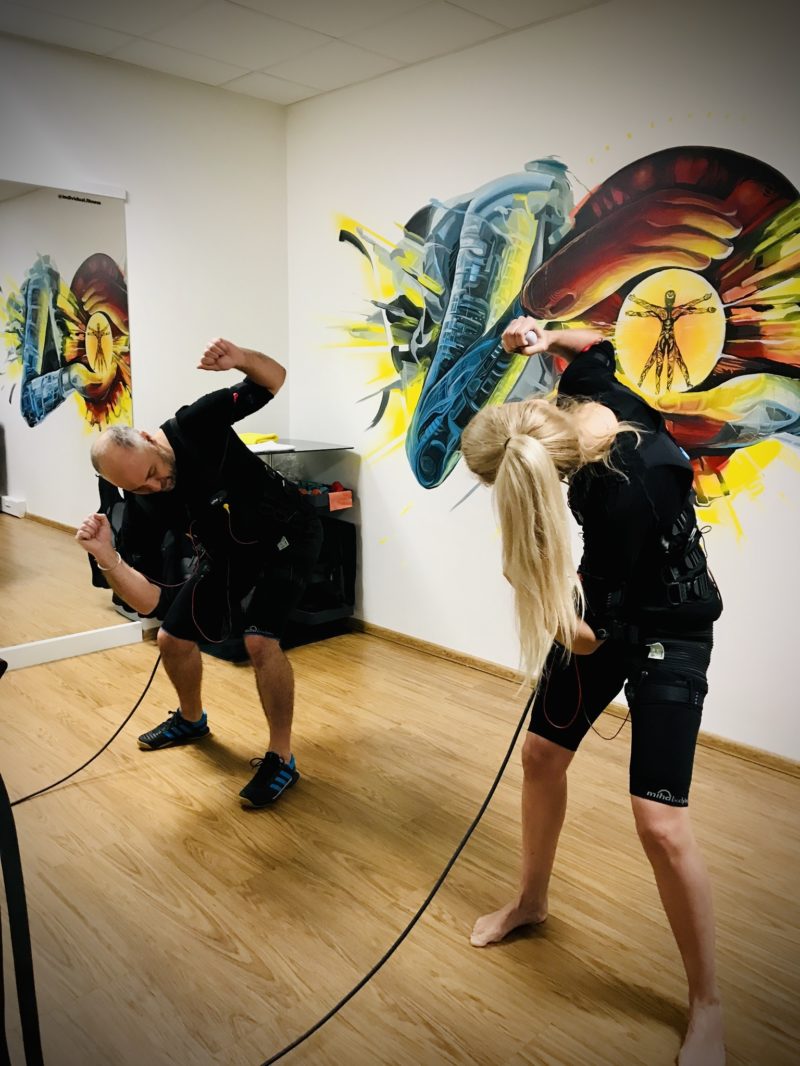 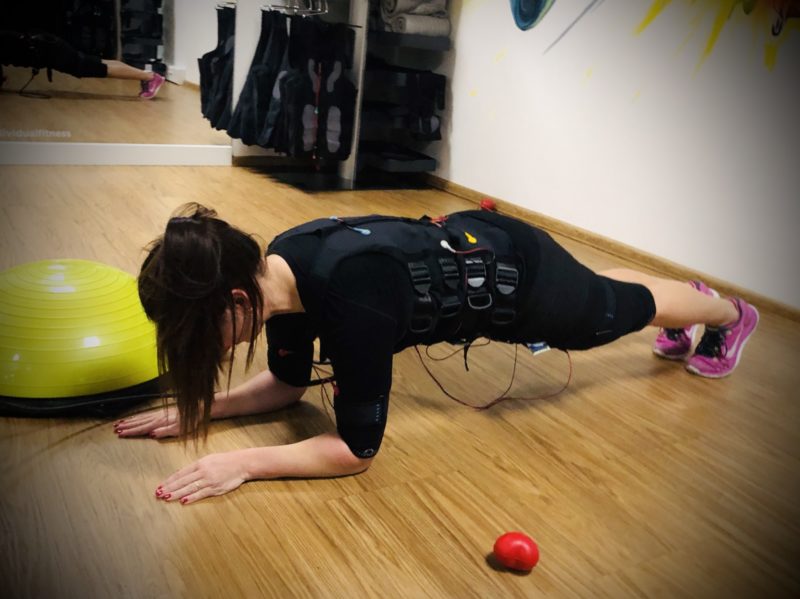 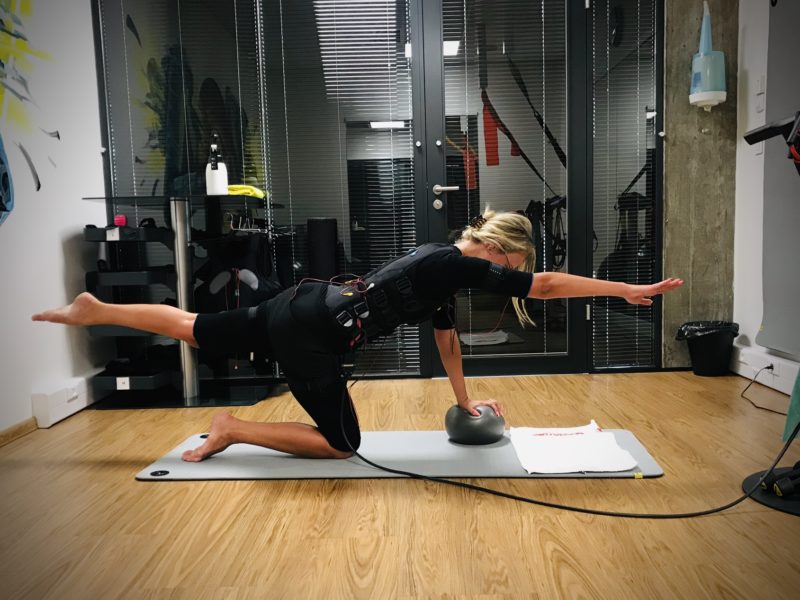 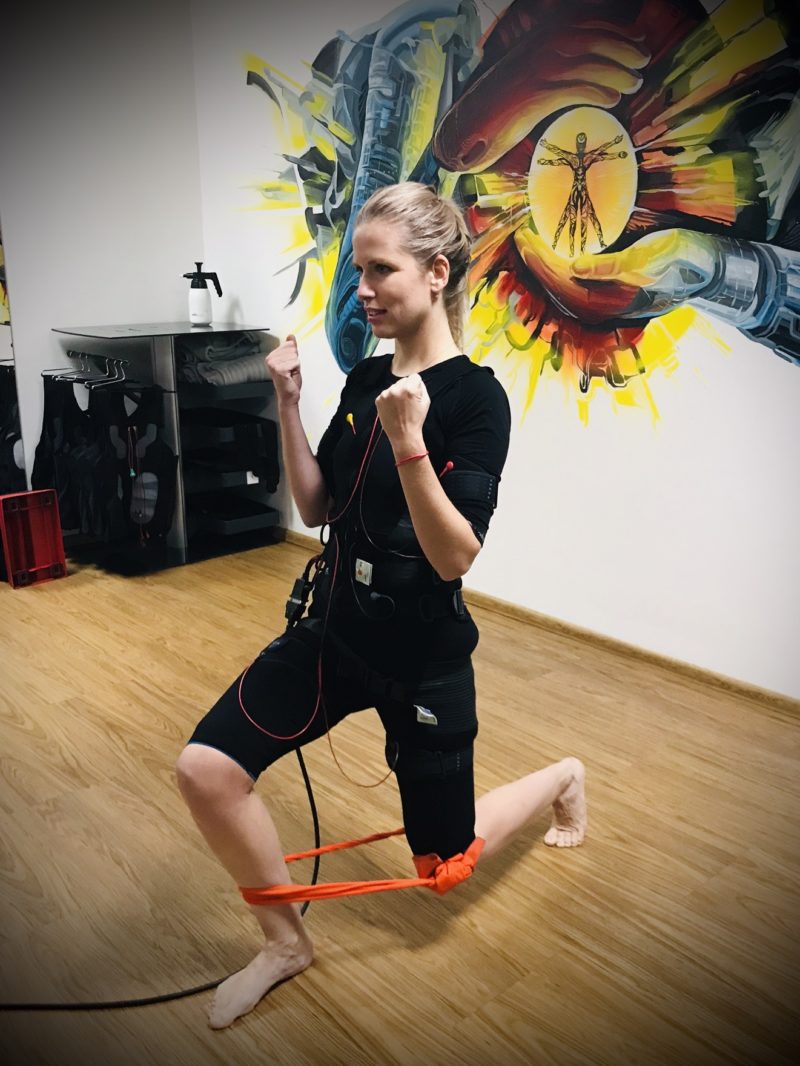 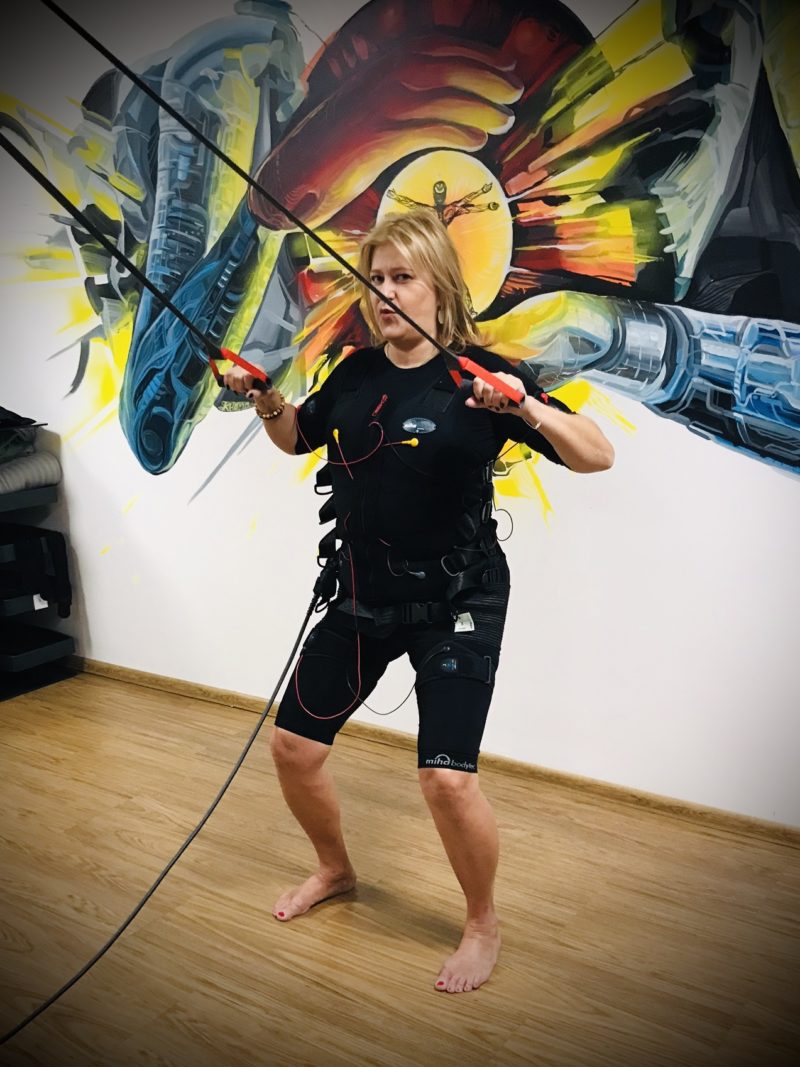 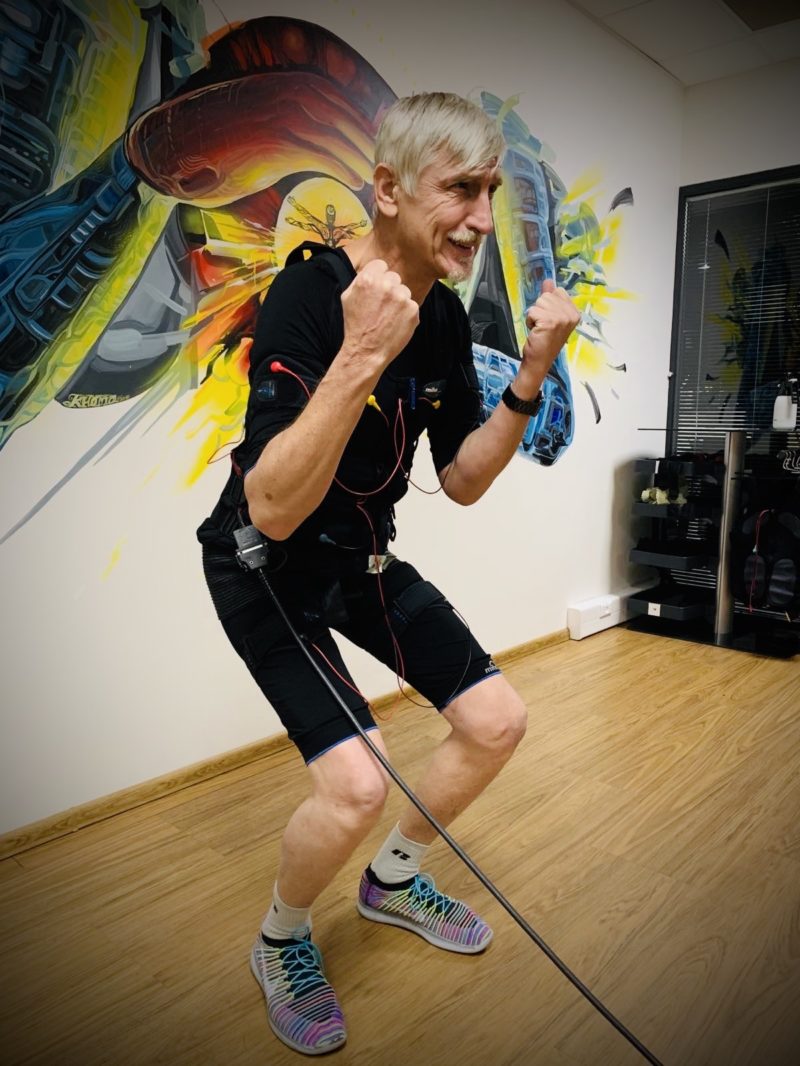 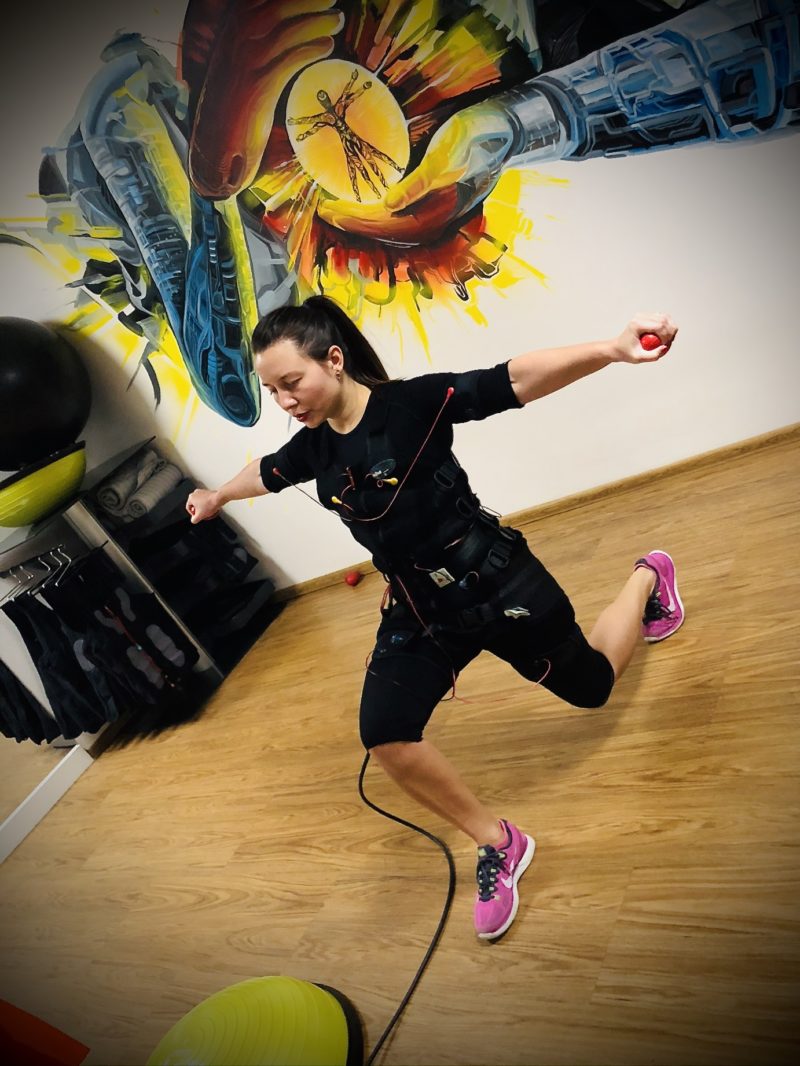 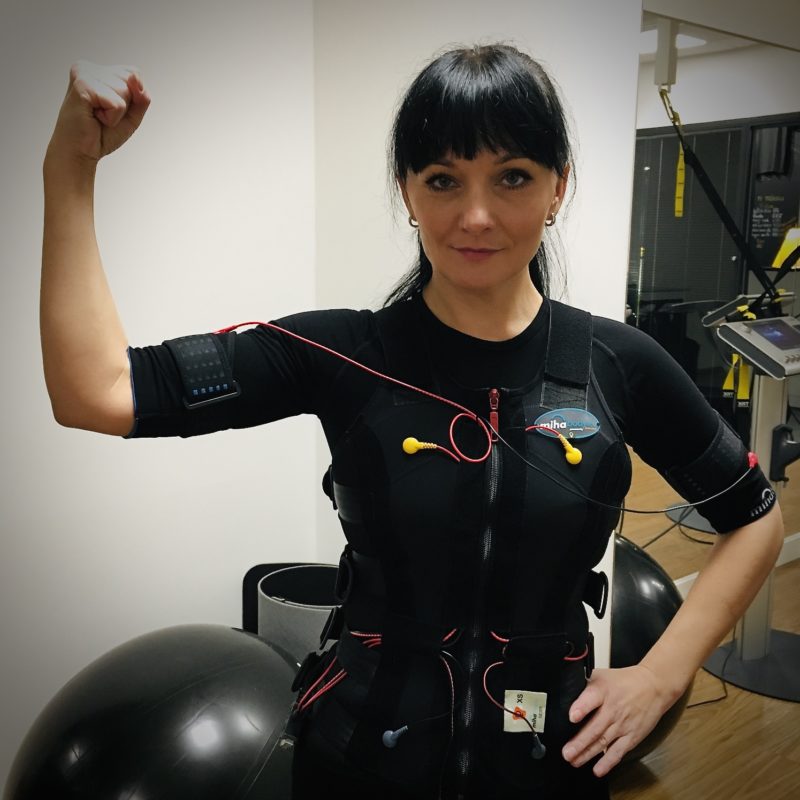