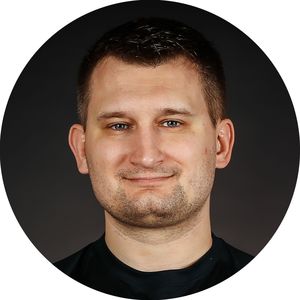 Krav maga is a modern, practical, proven system of self-defense elements, which is characterized by the fact that you can achieve a relatively high level of skills in a relatively short time.
The whole 3-month course is performed by Jarda Teplý, an instructor of KRAV MAGA (G2) and an instructor of self-defense II. class.
In the course, you will learn self-defense and close combat in conflict situations, attitudes, the technique of catching and strangling. Among other things, you will get better physical condition.
Nowadays, it is useful and being able to defend oneself is a great ability that can help not only you and your loved ones, but also people who find themselves in a crisis situation.

As part of my university studies, I started working for security, where I eventually stayed for over 11 years. Thanks to that, I had the opportunity to gain experience in protecting people at the biggest events in our country and work my way up to the security manager of the Baník Ostrava football club. I was honored to command the security guards in the last season at Bazaly and the transition to Vítkovice Stadium. I also got the opportunity to personally protect famous personalities of the show business (eg Alphaville), but also our national footballers. My warrior journey began, as with most :), at Karate Elementary School. But this didn't inspire me, so in high school, in addition to strengthening, I also did boxing. Later, as part of my work with the security guards, I trained Jiu-Jitsu for a short time and eventually "finished" with Krav Maga. From the very beginning, this style fascinated me in its simplicity, efficiency and, in the very concept of fighting multiple attackers. I had the opportunity to start as one of the first students of this system in the Czech Republic, when the first club was in Ostrava. During that time (13 years), I met the true masters of this system and attended countless seminars (shooting, tactical, thematic, focused on self-defense and the police / military version of Krav Maga). Last year, I had the opportunity to take an instructor course in the Keysi system directly with its founder, which I continue. In recent years, I have obtained a diving license. I was thrilled by this sport and explore the underwater world around the world. What can you look forward to in my workouts? I will teach you the basics of posture, punches, kicks, movement and transition between individual postures. What is a safe distance and what types of distances and possible attacks can be made from them. What it's like to hit a person and at the same time what it's like to be attacked. You will successfully face all kinds of strangulation, trapping, punches, kicks, fighting on the ground, stabbing with a knife and punching with sticks. We will improve technique, aggression and tactics.