It all started with one man. In 1968, four-time Olympian Les Mills started his first gym in Auckland, New Zealand. It was a simple operation, basic strength and cardio training for a small community of athletes. Now, 50 years on, it is the hub of a global revolution – a vibrant destination where the world’s top fitness talent create new ways to get fit, combining music with movement and then taking it to the world.

It was Les’ son Phillip Mills who drove the change.

Phillip started working in the family gym after school. Back then he was charged with motivating exercisers by delivering magazines to them as they pedaled away on indoor cycles. It’s fair to say it’s a role he wasn’t particularly enthusiastic about. But all that changed when he returned from a UCLA track scholarship. He had witnessed the birth of the aerobics phenomenon and as a result his enthusiasm for motivating exercisers had been kicked into a higher gear. So in 1980 he eagerly jumped back into the family business to create group workouts driven by the beat of modern music. Those early aerobic programs drew queues down the street and Phillip could sense the real power of group fitness.

Together with his wife Jackie, a doctor and former gymnast, Phillip spent years developing the concept, learning first-hand what makes – and breaks – a good fitness class. In 1990 they changed the game entirely by introducing weights – BODYPUMP was born. 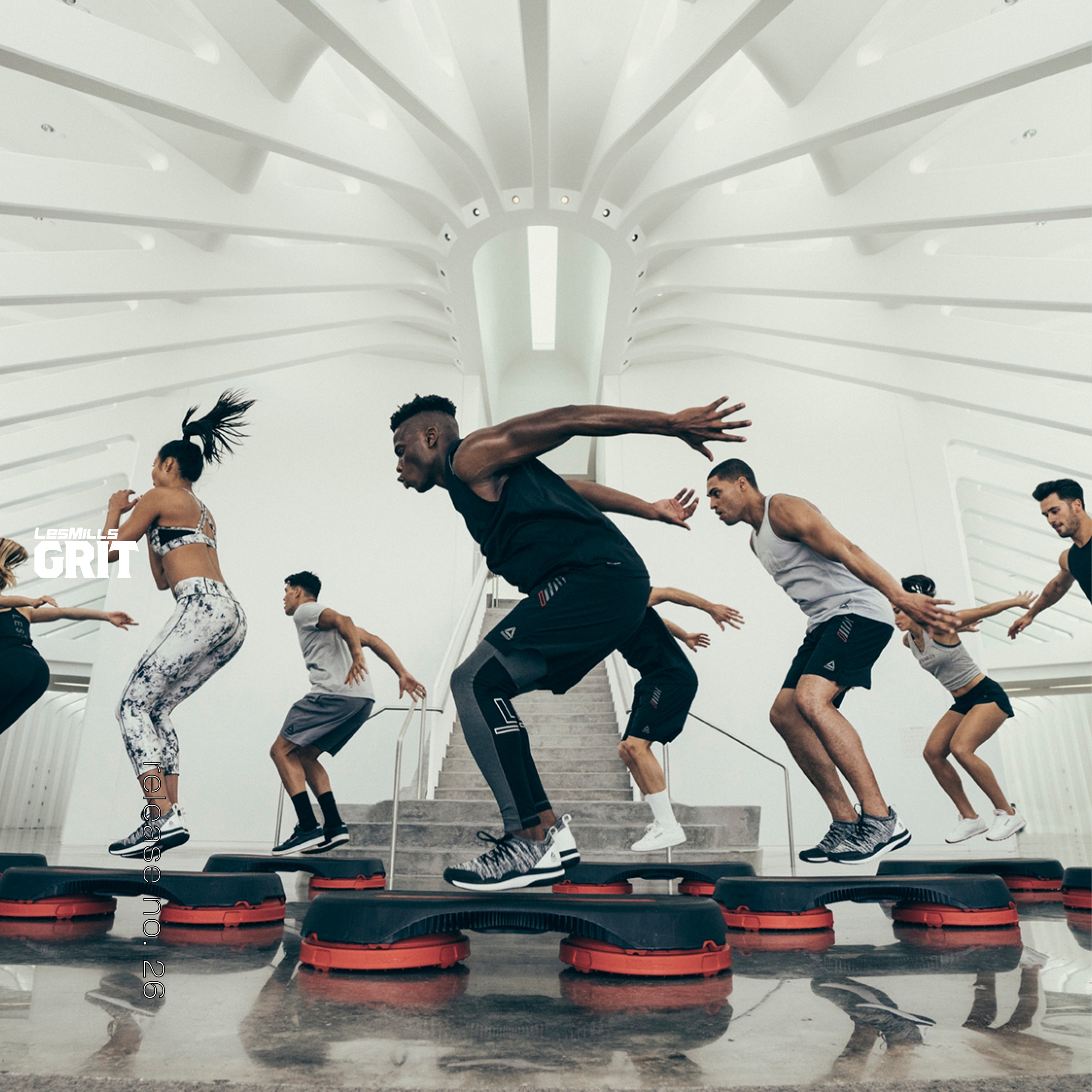 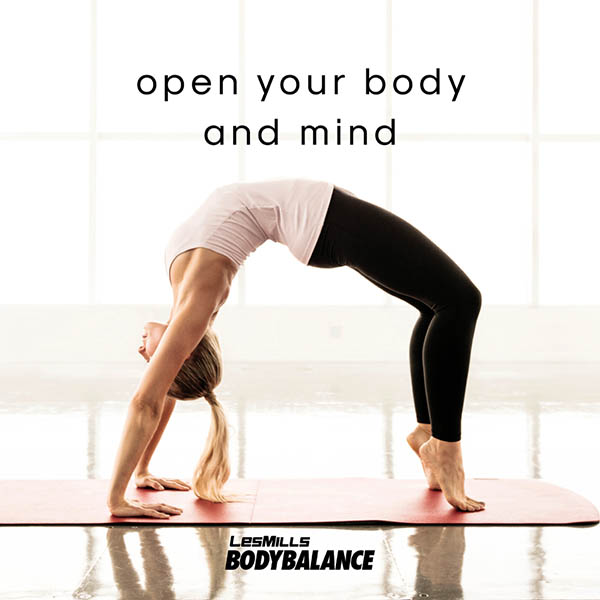 Ideal for anyone and everyone, BODYBALANCE™is the yoga-based class that will improve your mind, your body and your life.

During BODYBALANCE an inspired soundtrack plays as you bend and stretch through a series of simple yoga moves and embrace elements of Tai Chi and Pilates. Breathing control is a part of all the exercises, and instructors will always provide options for those just getting started. You’ll strengthen your entire body and leave the class feeling calm and centered. Happy. 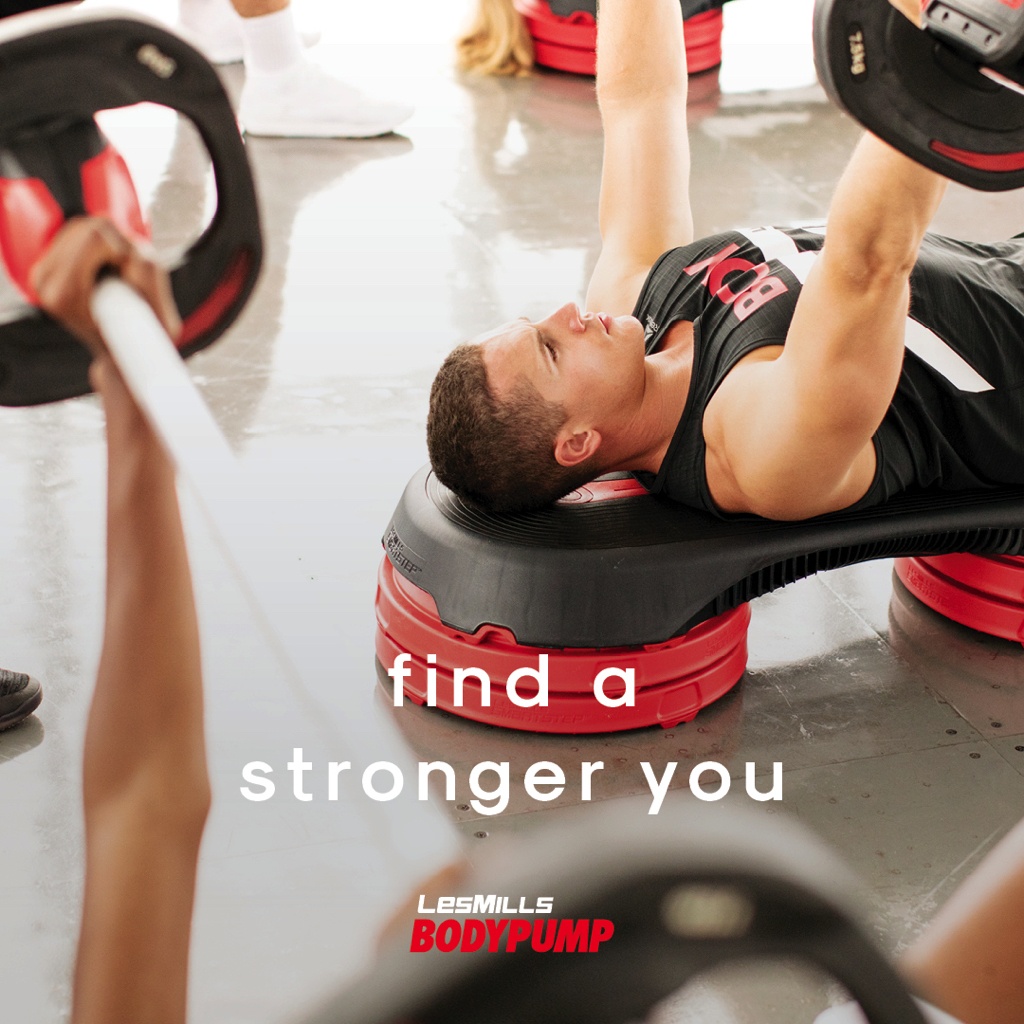 BODYPUMP™ is THE ORIGINAL BARBELL CLASS™, the ideal workout for anyone looking to get lean, toned and fit – fast.

Using light to moderate weights with lots of repetition, BODYPUMP gives you a total body workout. It will burn up to 400 calories**. Instructors will coach you through the scientifically-backed moves and techniques pumping out encouragement, motivation and great music – helping you achieve much more than on your own! You’ll leave the class feeling challenged and motivated, ready to come back for more. 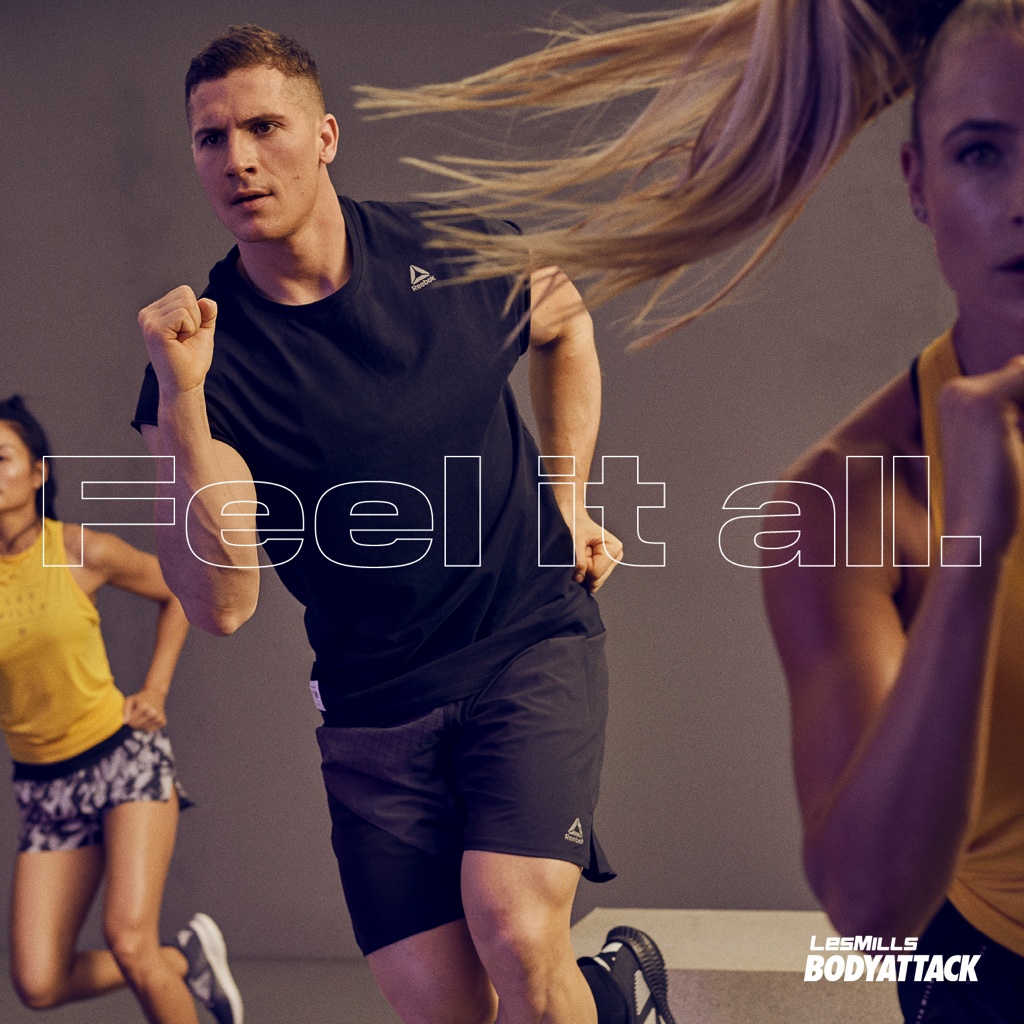 BODYATTACK™ is a high-energy fitness class with moves that cater for total beginners to total addicts. We combine athletic movements like running, lunging and jumping with strength exercises such as push-ups and squats. A LES MILLS™ instructor will pump out energizing tunes and lead you through the workout – challenging your limits in a good way, burning up to 555 calories** and leaving you with a sense of achievement. 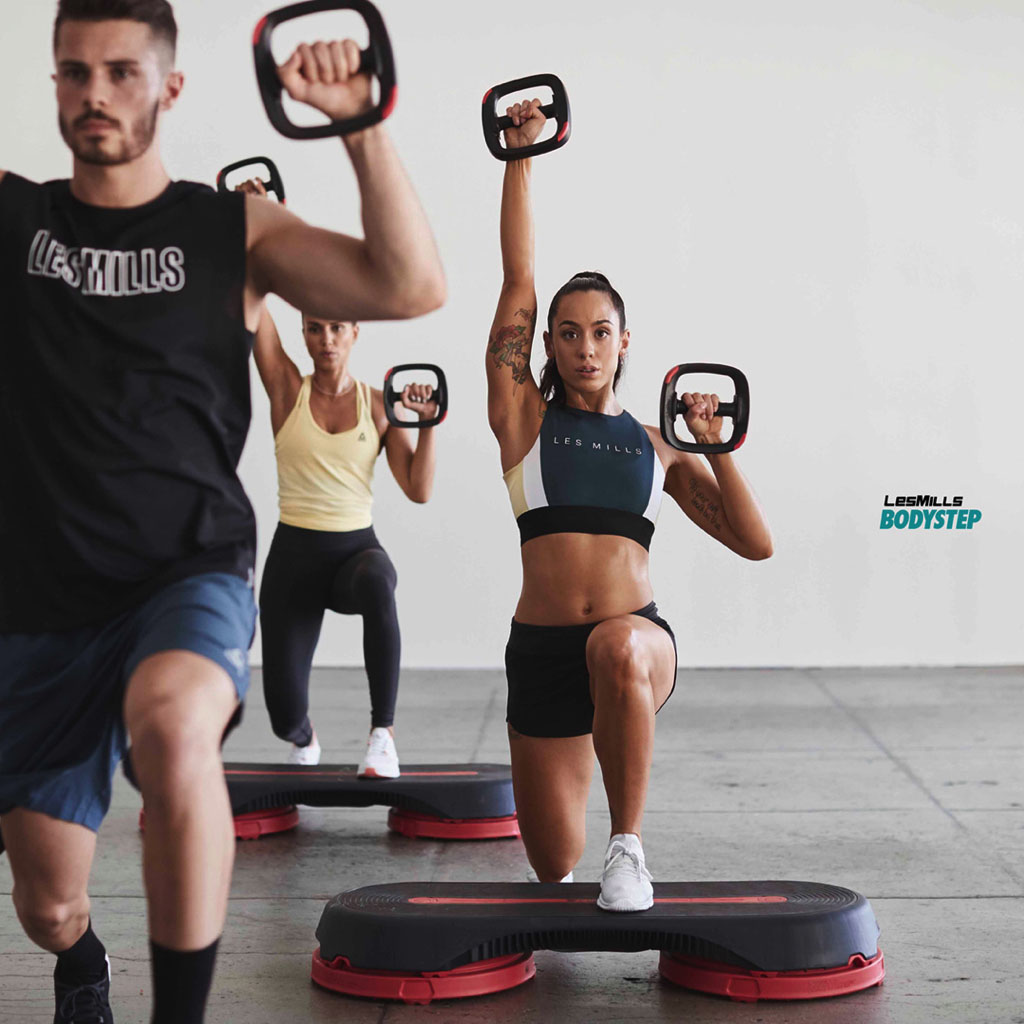 Basic stepping, just like walking up and down stairs, is at the heart of BODYSTEP™ – a full-body cardio workout to really tone your butt and thighs.

In a BODYSTEP workout you can expect a mixture of upbeat, rhythmic stepping, with squat and lunge patterns to work the legs. Combine this with movements like burpees, push ups and weight plate exercises, and the result is a fun, uplifting, full-body workout! Don’t worry, there’s heaps of options so that everyone leaves feeling successful.

Our bubbly and approachable instructors coach you through the workout. We play invigorating, hit music and inject a whole lot of fun and personality along the way. You can burn up to 540 calories** and you’ll leave buzzing with satisfaction.

WHO LEADS OUR CLASSES?

I want to try LES MILLS 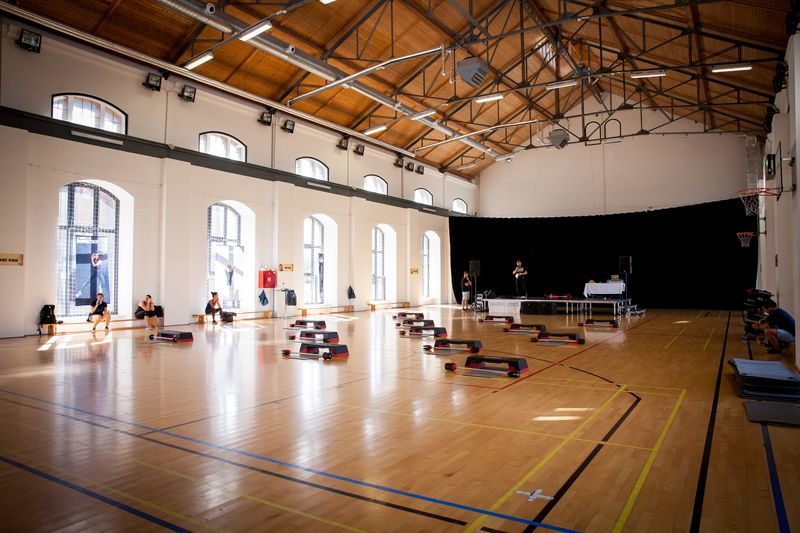 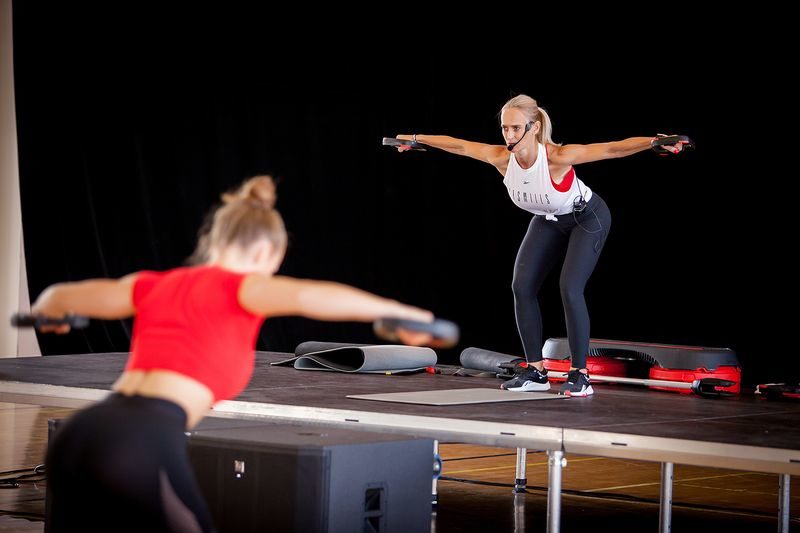 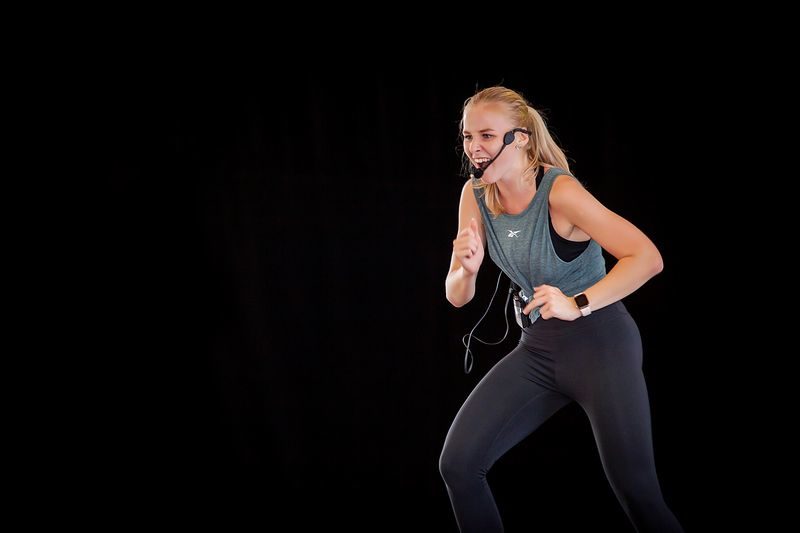 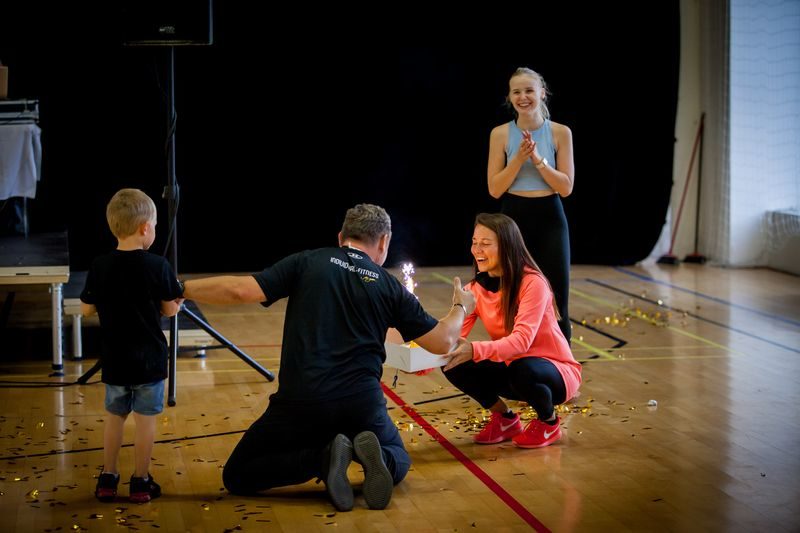 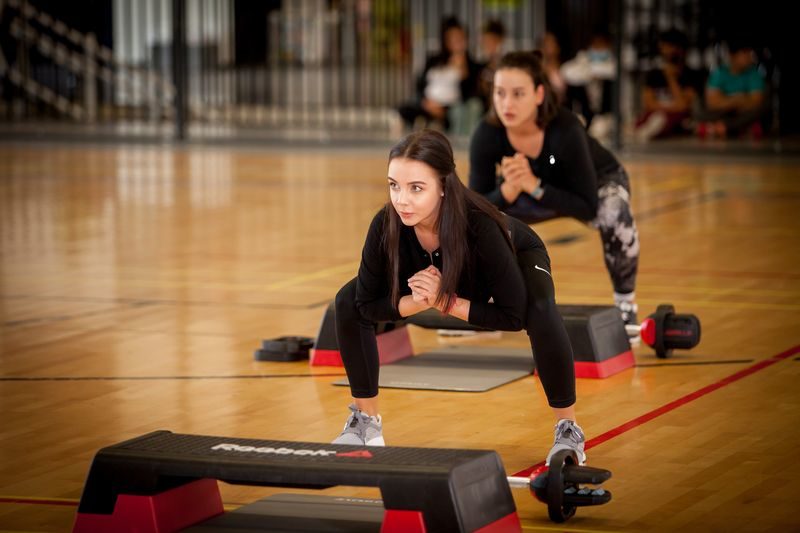 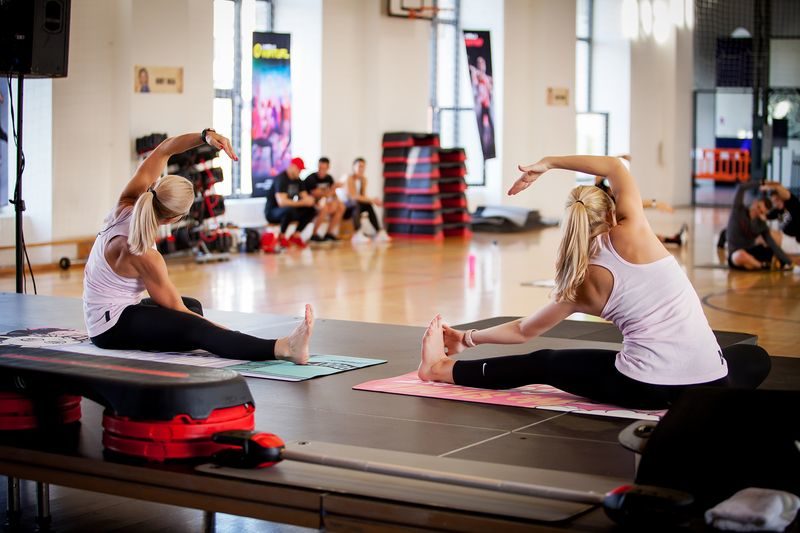 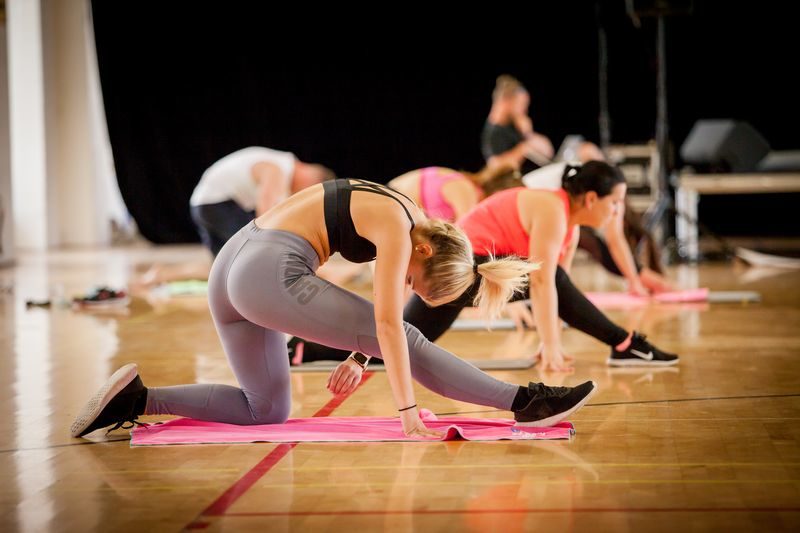 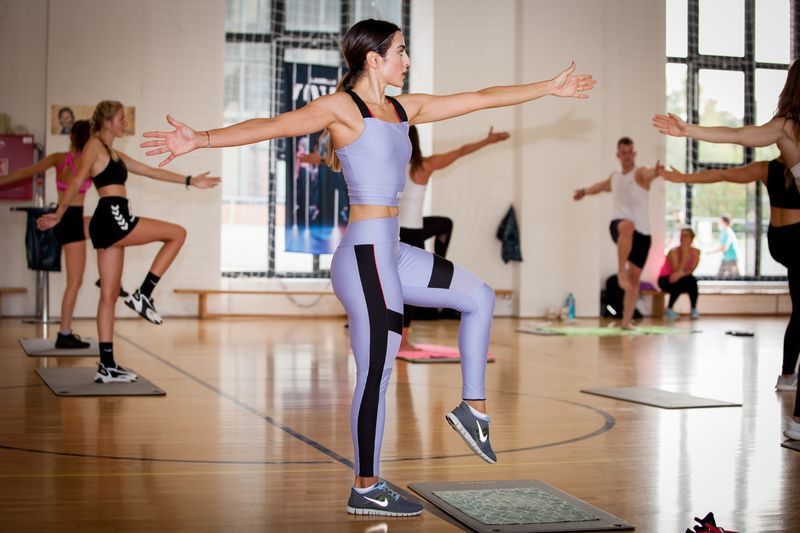 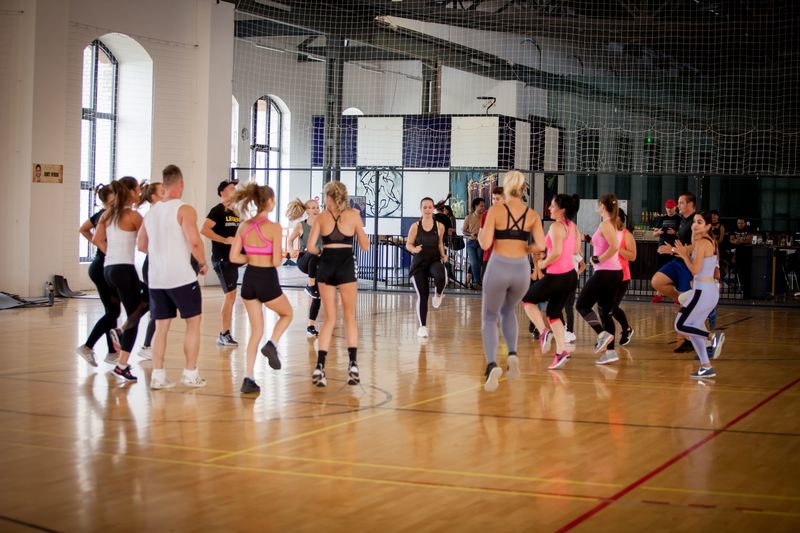 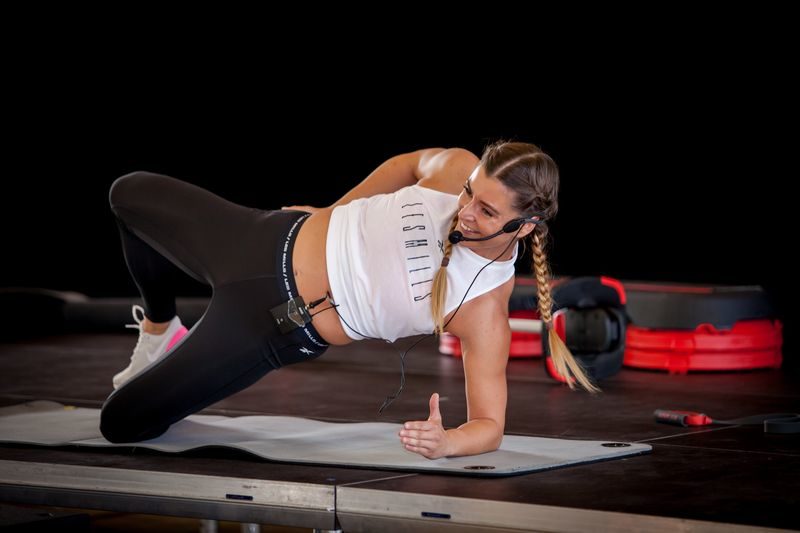 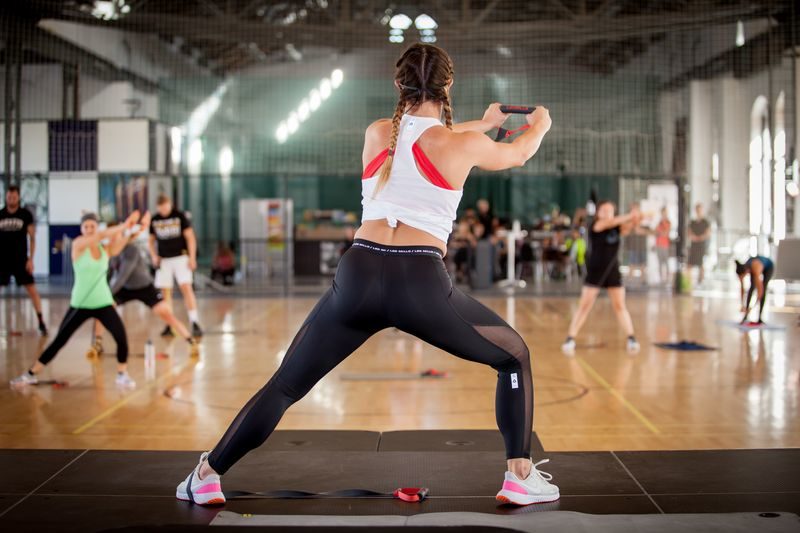 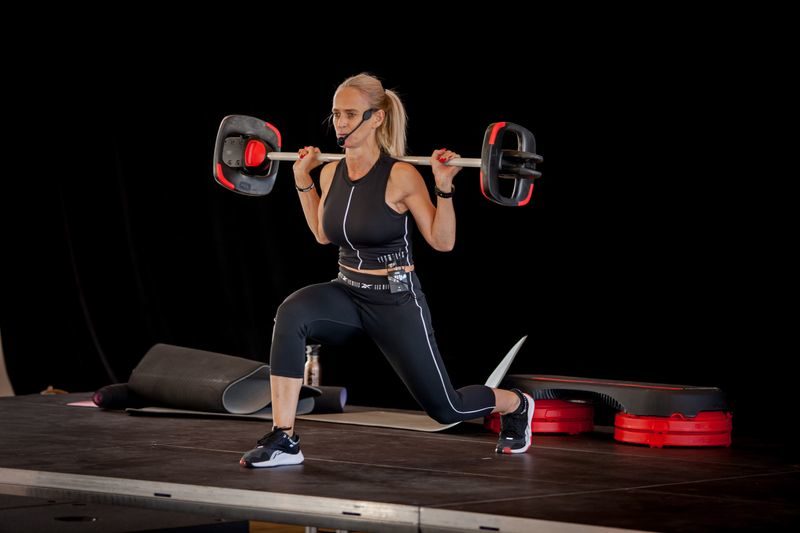 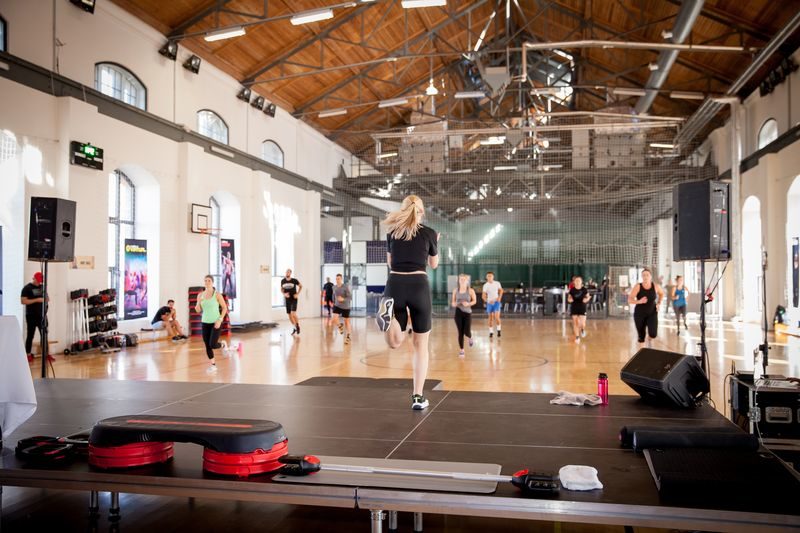 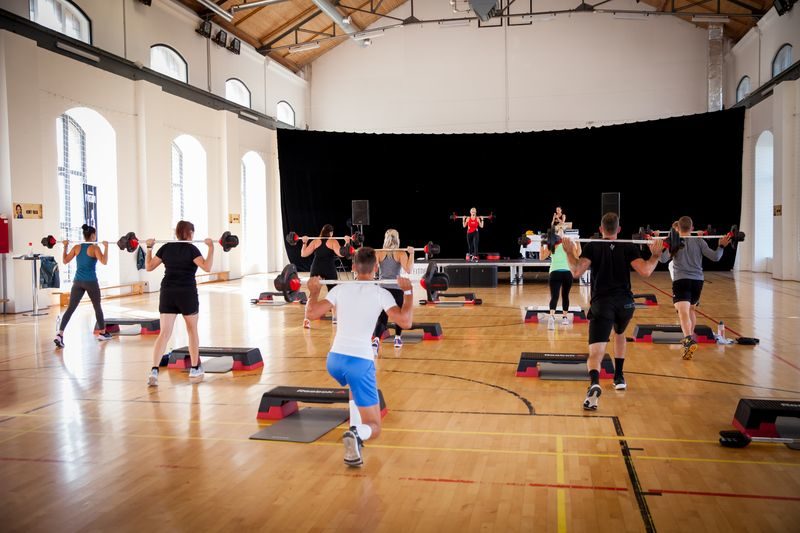 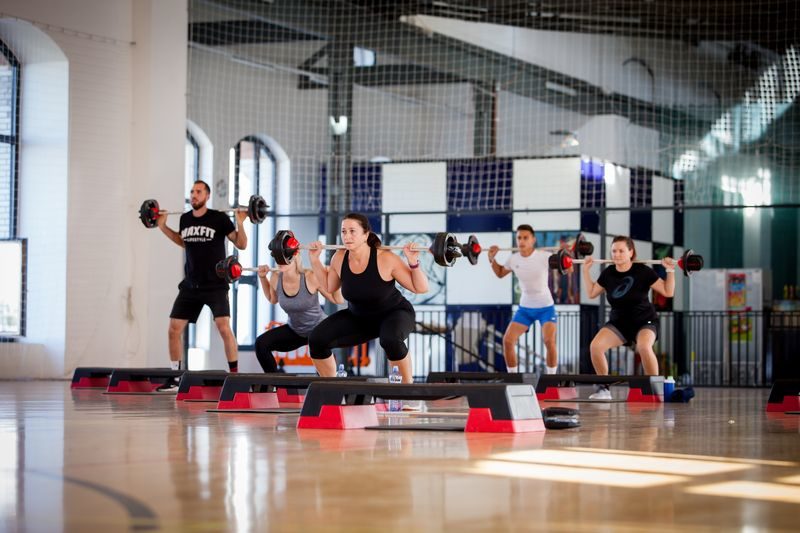 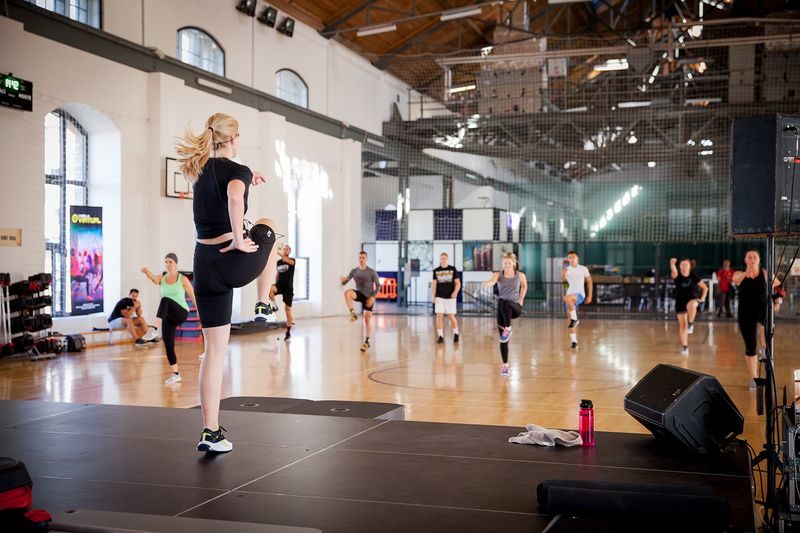 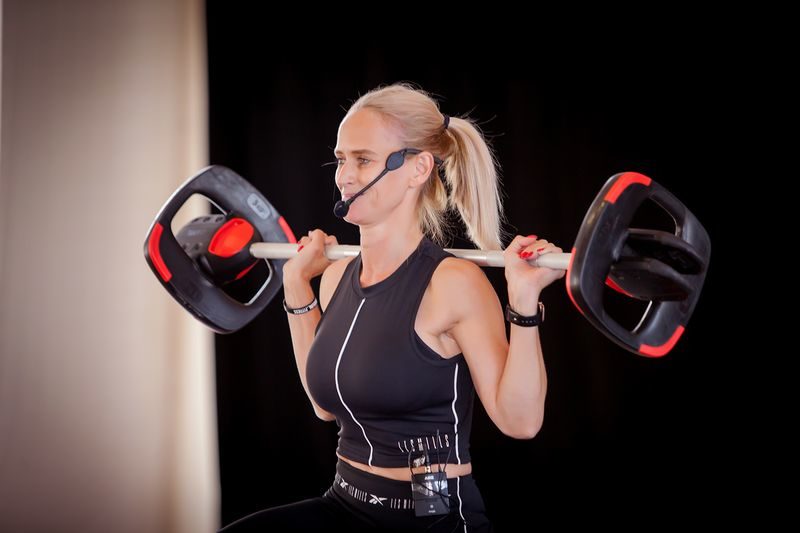 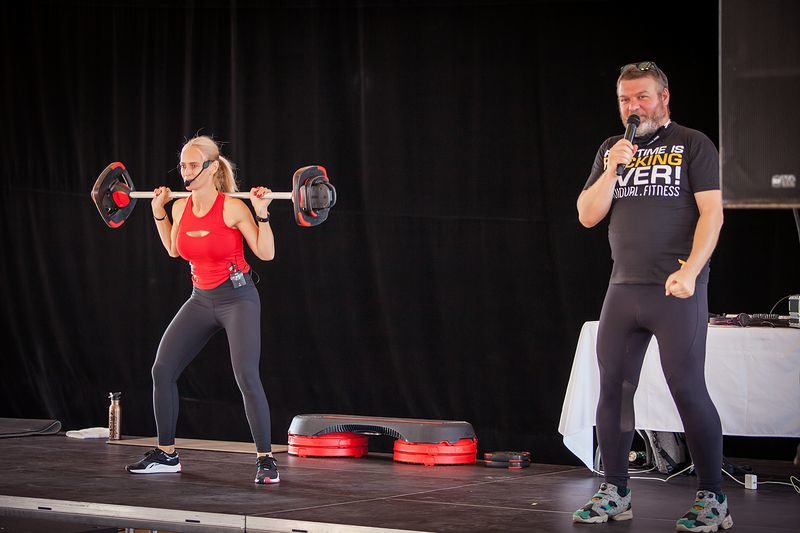 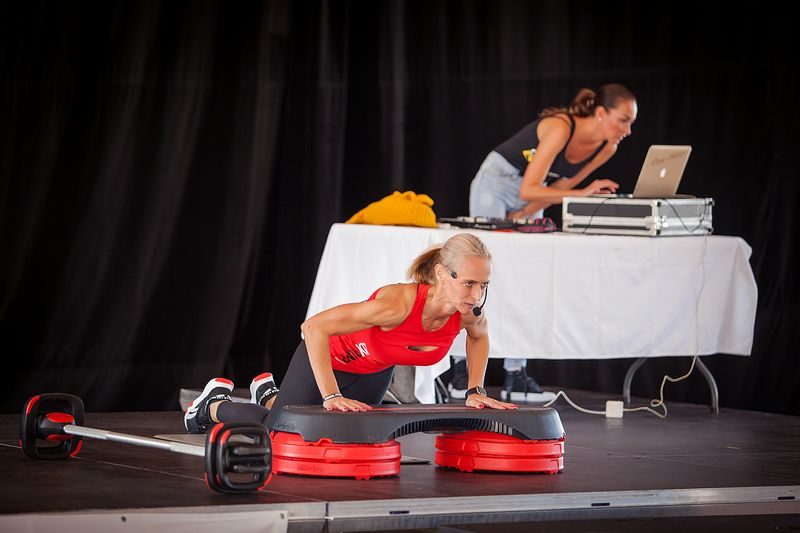 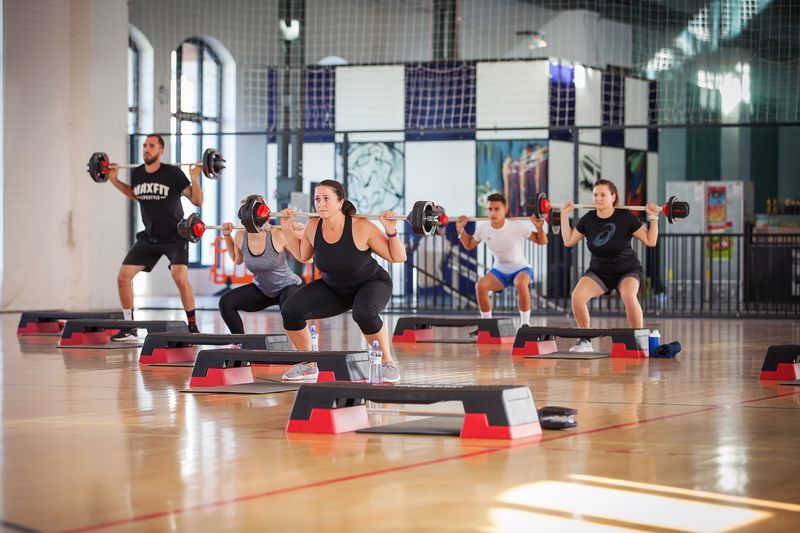 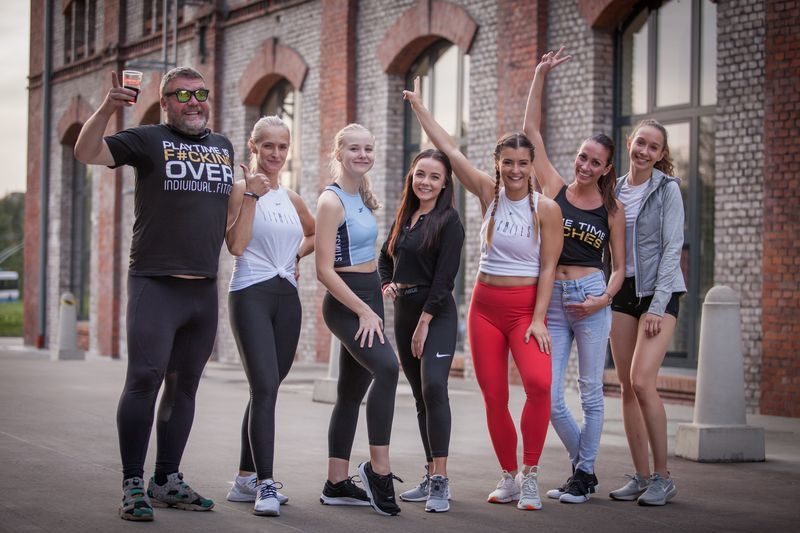 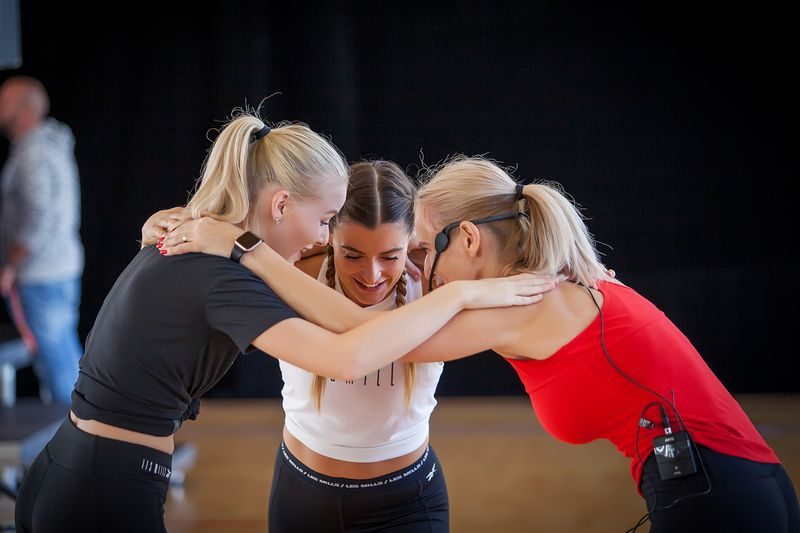 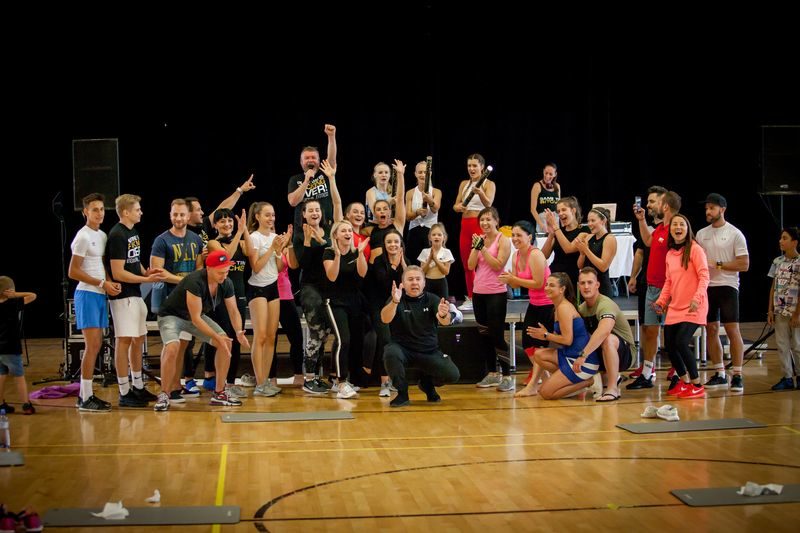 LES MILLS® – TAKE YOUR WORKOUT TO THE NEXT LEVEL