Do you suffer from back pain?

In Individual.Fyzio we deal with a complex solution of problems of the human locomotor system. Our priority is above all client satisfaction and an individual approach.

We build on the Czech rehabilitation method SM SYSTEM MUDr. Richard Smíšek. This method is suitable for people with back pain in the neck, chest and lumbar region, as well as for those who are aware of the importance of prevention to avoid back pain. Another suitable group are children with scoliosis of the spine or elite athletes, for whom the SM System is suitable as a compensation for one-sided sports load.

How does the therapy work?

After the initial consultation, the client comes once a week. We work on each therapy to eliminate the causes of pain and individually, together with the therapist, we learn the basic set of 12 exercises of the SM System. On average, a person with basic motor skills is able to learn this set in about 3 months. However, it is necessary that the client practise exercises daily at home in order to acquire new movement habits and eliminate bad movement stereotypes.

After mastering the basic set of exercises, client can begin to practice in group lessons. Group lessons of SM System exercises take place in the studio, which is fully equipped with the necessary equipment. We train a maximum of 5-6 people to ensure high quality exercise.

75% of population suffer from movement pains

The reason is the negative impact of today’s way of life on the human locomotor system.
2

85% of population has sedentary job

which is often behind the musculoskeletal pain.
3

40 minutes of exercises is enough

to compensate for sedentary work and poor movement habits.
4

Elimination of the causes of musculoskeletal pain

is the basis of successful therapy.

MAKE A RESERVATION OF INITIAL CONSULTATION

Do you suffer from back pain? Arrange a non-binding consultation. We will explain everything to you and suggest the best solution.

Under the hands of Mgr. With David Fajkoš, you will get everything you need to solve your musculoskeletal problems.

SM System for solving cause of back pain

In today's hectic times, back pain or other parts of the musculoskeletal system suffer the majority of the human population. There are many reasons, but one of the main reasons is a sedentary job and a lack of healthy exercise. Other causes of musculoskeletal pain include overwork, overload or mere bruising or already structural changes caused by long-term overload or long-term overload.

The prevention of back pain is greatly underestimated and the majority of the population will start doing something with themselves only after experiencing the consequences of the pain just mentioned!

The purpose of prevention is to eliminate the causes of poor movement habits, which leads to the regeneration of the spine, and thus the painless functioning of the human body!

For our clients, we offer an individually compiled comprehensive exercise program that teaches a person to know the principles of functioning of their body, learns to prevent inappropriate activities and thus avoids the pain that would cause themselves due to incorrect movement.

SM system and other diagnosis

Exercise during pregnancy strengthens the abdominal, buttock and pelvic floor muscles, relaxes and stretches the back, prevents tension in the pear-shaped muscle (m. Piriformis). The child's development will be supported by the natural mobilization of the abdomen and will not be disturbed in the back. Exercise is the prevention of back pain, premature opening of the gate, facilitates and speeds up childbirth. It is a way to the health of mother and child.

An intervertebral disc herniation is a rupture of the posterior part of the anulus fibrosus, which has undergone long-term degeneration. A thin mass of nucleus pulposus escapes through the crack, which never returns to the plate. However, it can be practically resorbed in about one year. However, a suitable movement program is necessary for the resorption and remodeling of the new space. Movement has a formative effect on structures.

The lumbar disc herniation can be in different segments: L5 / S1 50%, L4 / L5 45%, L3 / L4 5%, other segments rarely. However, the cause is always the same - spiral muscle chain failure during movement (the abdominal muscles are the most important part of the chain). The consequence of a spinal chain failure is the persistence of vertical stabilization (tension of the erector spinae muscle, illiopsoas muscle, quadratus lumborum muscle) during movement. We focus on practicing spiral stabilization, which will relax the sphincter and create a force that will stretch the damaged disc upwards.

The strategy for the treatment of disc herniation is to increase the entire disc and especially its posterior part. This optimal position must be maintained during the healing of the crack in the annulus fibrosus. After the crack has healed by buoyancy, the disc will increase by absorbing fluids from the environment with regular activation of spiral stabilization during exercise and walking. The quality of the scar will also depend on movement. An elastic firm scar is formed only when moving.

SMS plate prolapse treatment strategy: The diagnosis is made by a physician and indicates appropriate treatment.

The exercise program is created and performed by a therapist who has both theoretical and practical experience with SMS methodology. The exercise program must be constantly modified according to the current situation - control examinations are necessary. The treatment is significantly accelerated by the removal of muscle tension and shortening by soft tissue techniques, which are also supplemented by the therapist. After managing the acute phase of the disease, we must tighten the exercise program until the patient is in full condition to perform daily activities, occupations or sports activities. This is done using a follow-up exercise program after rehabilitation treatment.

Acute pain phase (often accompanied by pain and loss of sensation and movement):

We consider disc surgery to be necessary only where it has not been possible to manage the extinction symptomatology within 6 months through rehabilitation. But even in this case, we recommend follow-up care in the preventive program, which prevents postoperative problems (eg: rigidity of scars, instability of the reduced disc). The operation will not solve the problem that preceded the procedure (spine overload, incorrect posture, muscle imbalance). In our follow-up care, we restore the spiral stabilization of the spine and thus induce the regenerative ability of the organism.

Regeneration and compensation play a very important role in the sports training of every athlete. Not only to prevent injuries, but also to increase athletic performance. The athlete repeats the same movement over and over during training, with much greater force, force and speed than a person during normal movement. For this reason, the negative effects of incorrect movement in athletes multiply and the risk of injury increases. By constantly repeating the movement, the athlete creates movement patterns, both right and wrong. Bad movement patterns can be changed by practicing correct movement.

Within the compensatory training of athletes, it is mainly a matter of eliminating bad movement habits, learning and subsequent automation of correct movement patterns. This training is purely individual due to the variety of movement in sports. Within one-sided loading sports (tennis, golf, hockey, floorball, etc.) it is not only a matter of practicing the correct movement patterns, but also of compensating for muscle imbalances that arise during a one-sided load.

When trying to eliminate the negative impact of a given sport, the regularity of compensatory exercises is important. It is necessary to exercise every day for at least 20 minutes a day, otherwise negative influences will prevail and the body will automate them.

Aspects of a successful compensatory exercise:

Kinesiotaping is a therapeutic method that uses kinesiotap (tape)

There is a positive effect on the blood, lymphatic and somatosensory systems. It is a tape made on the basis of cotton with an admixture of elastane. The tape adheres to the skin with a natural resin adhesive. The glued kinesiotape acts by pulling on the muscle and subcutaneous tissue, it also evokes the reflex of nerve fibers and lymphatic pathways. Kinesiotape can alleviate long-lasting pain and provide relief during both acute and chronic musculoskeletal disorders . Relaxes overloaded muscles and soft tissues. The advantage of kinesiotap is that it does not restrict a person's movement during sports or other activities in any way.

This is an old method of alternative medicine used for various types of diseases and problems of the musculoskeletal system . skin. Flasks are applied to certain places (most often on the back) - reflex points, or used as an adjunct therapy to massages. The resulting subcutaneous hematomas (bruises) are desirable and disappear within a few days. The human body tries to remove the hematomas and thus the lymphatic system is accelerated and pollutants are washed away from the body. 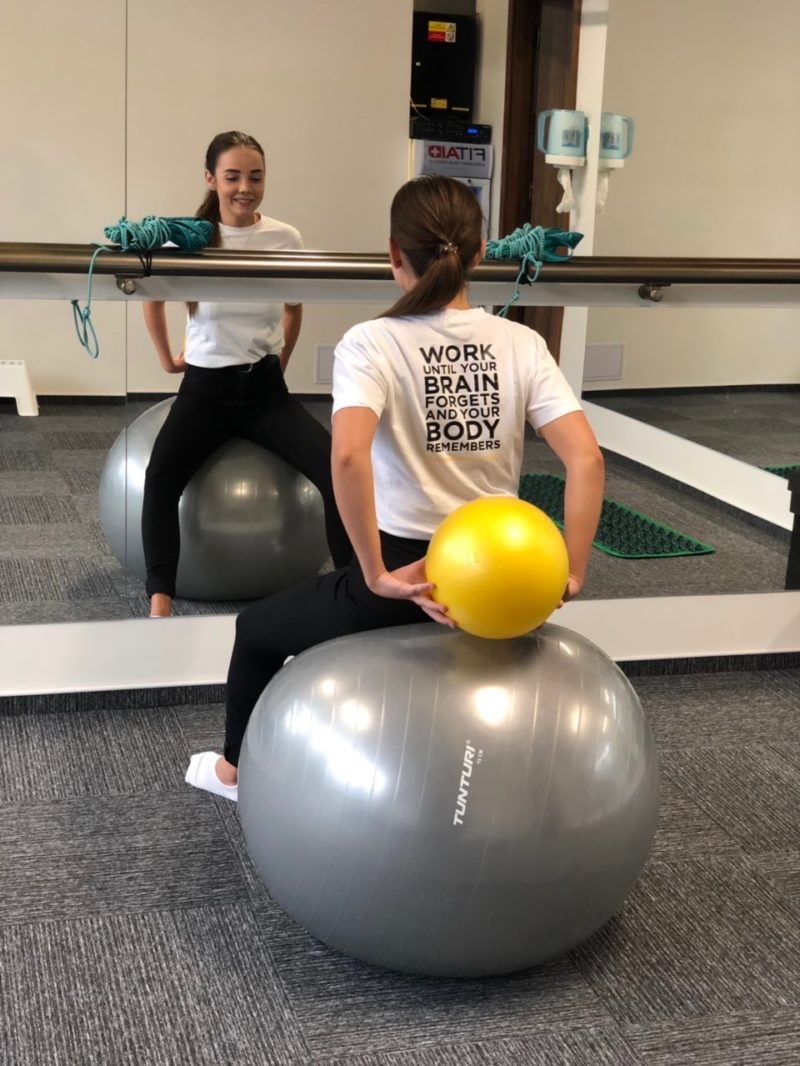 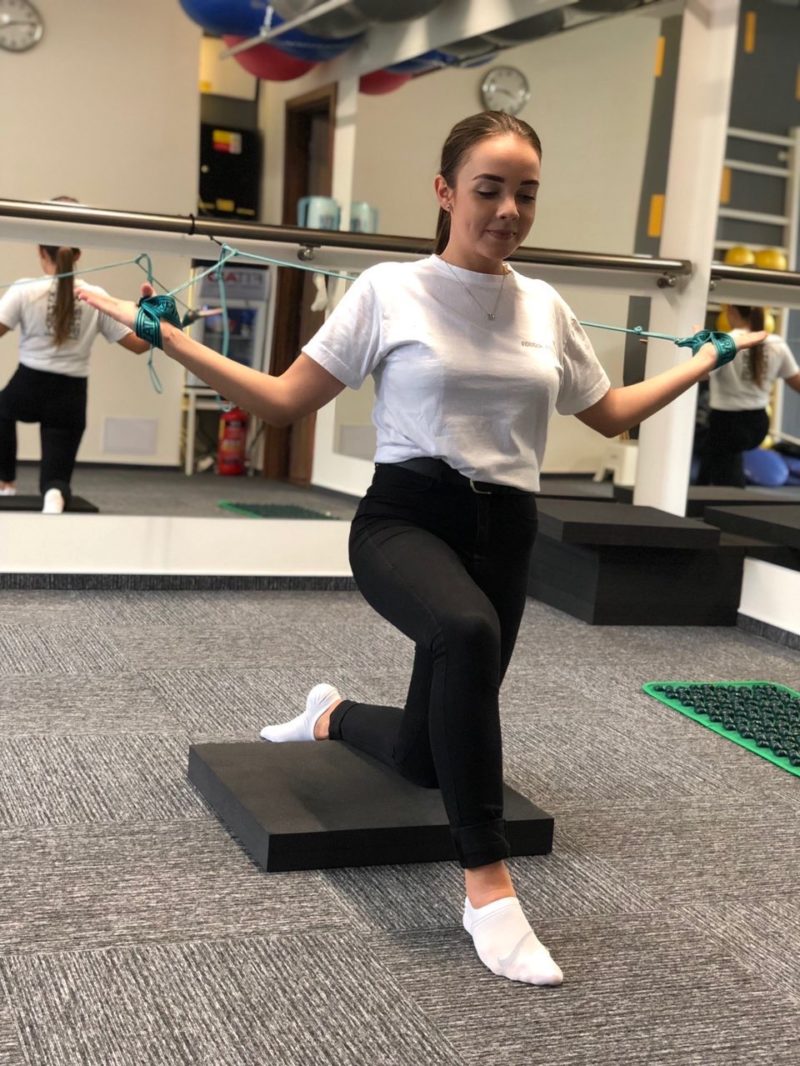 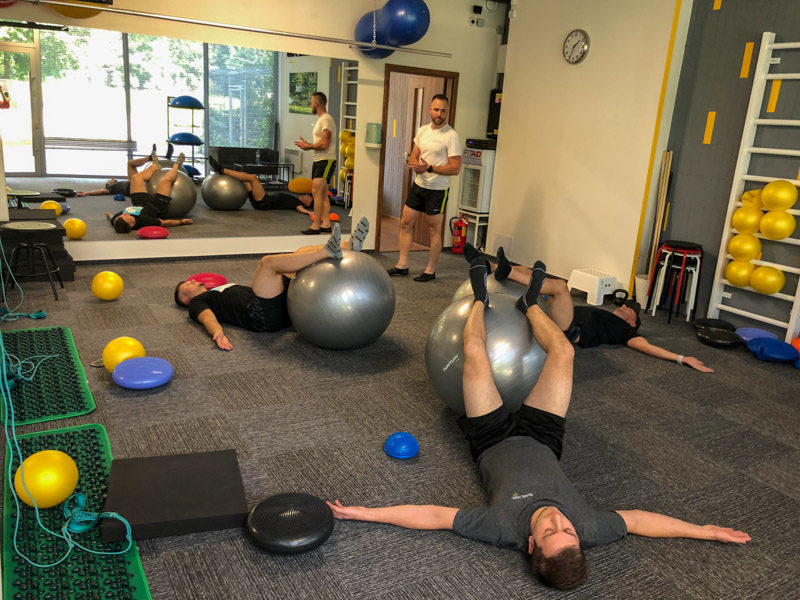 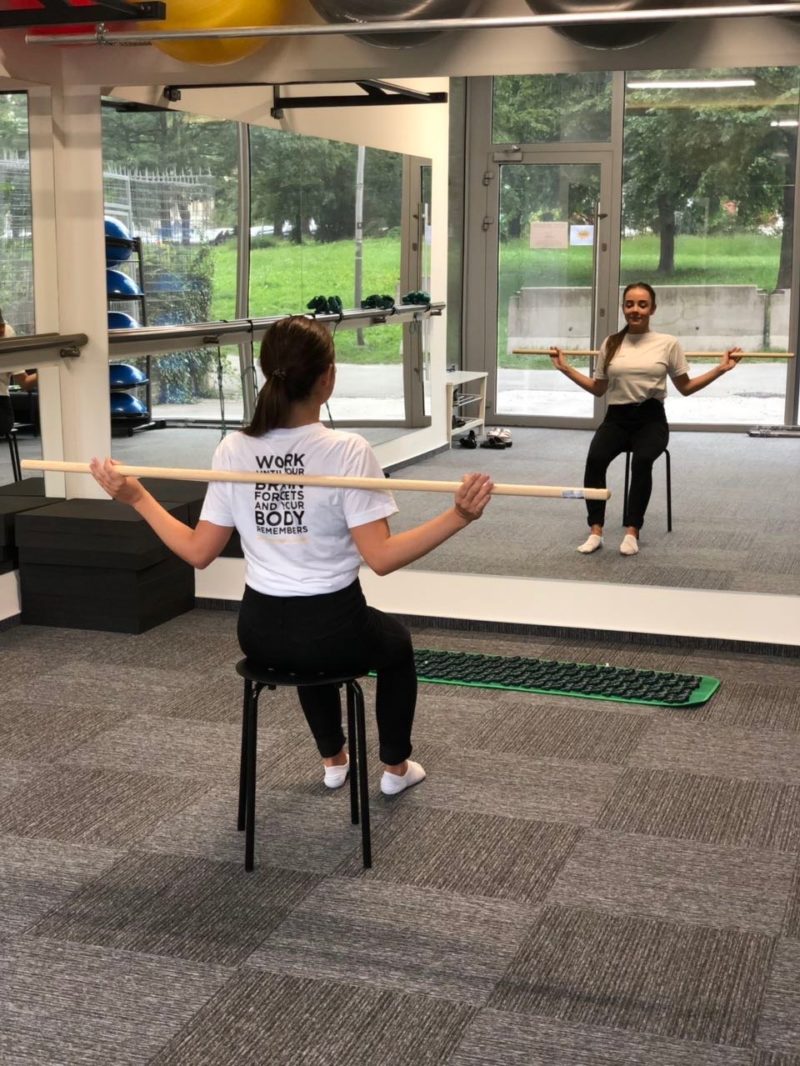 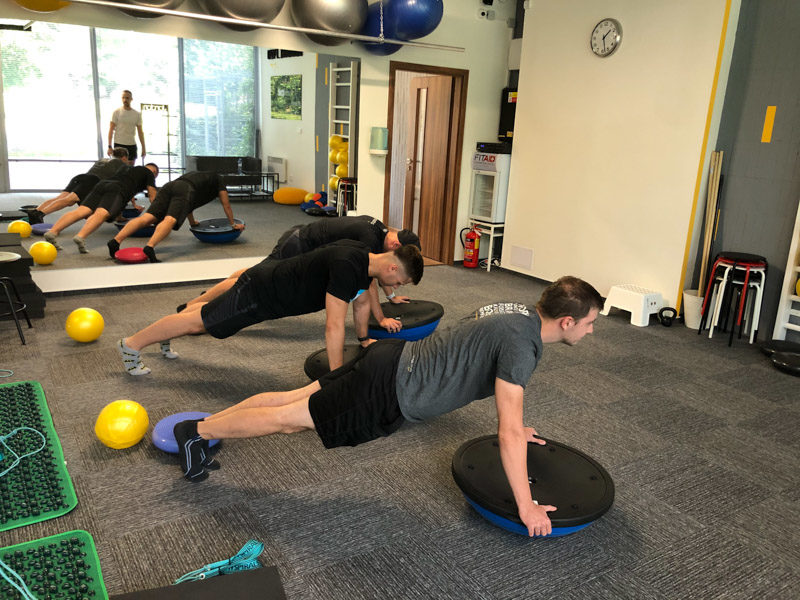 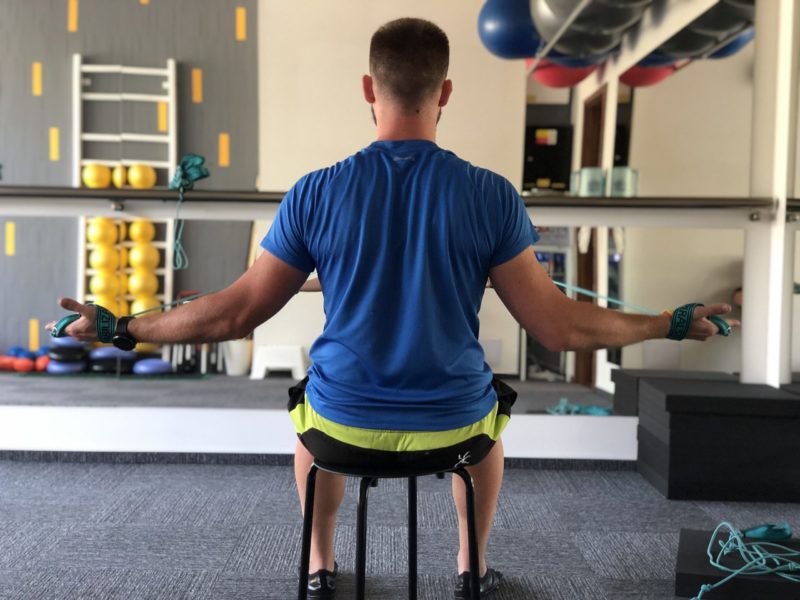 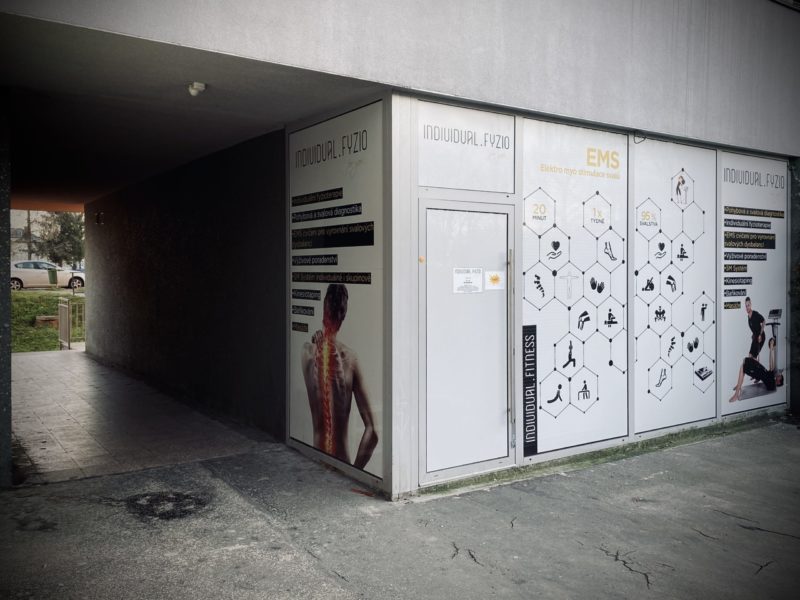 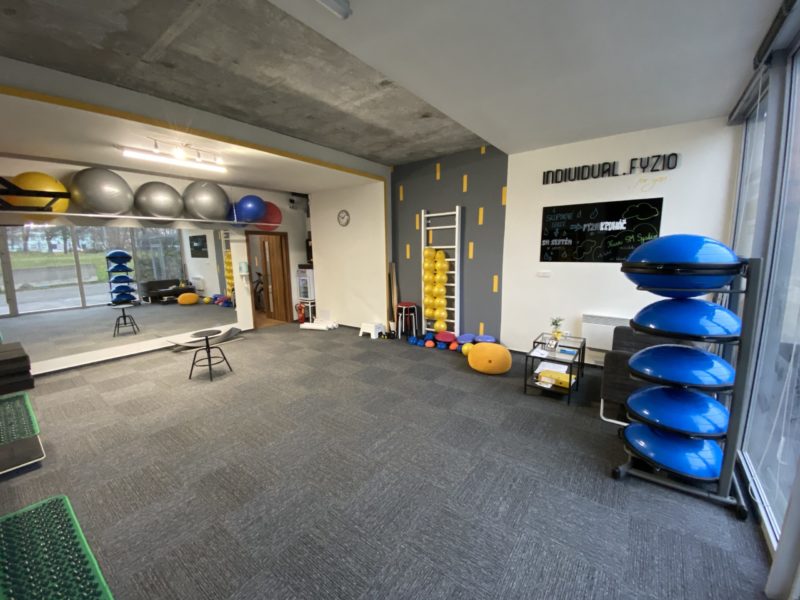 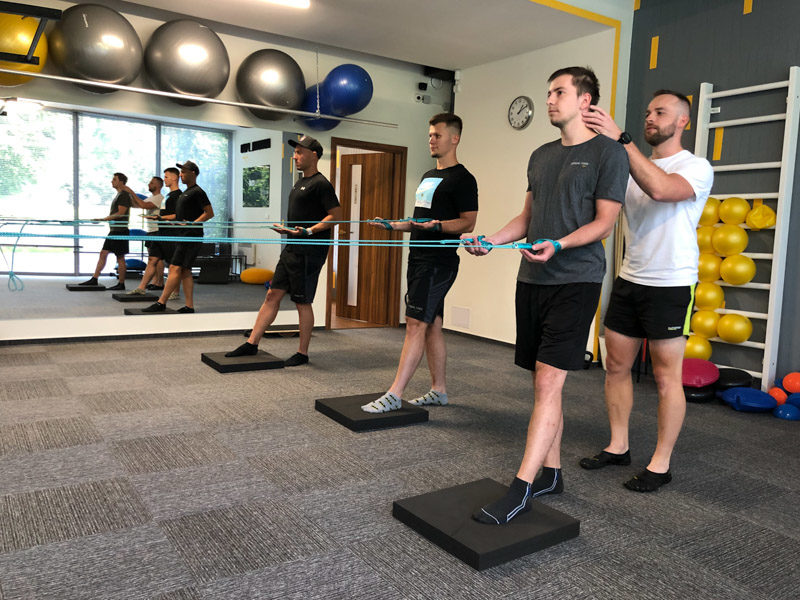 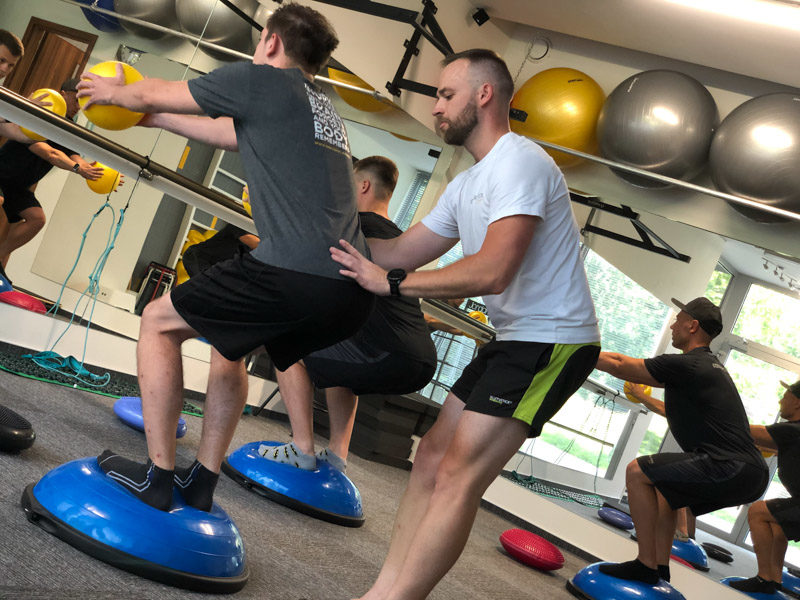 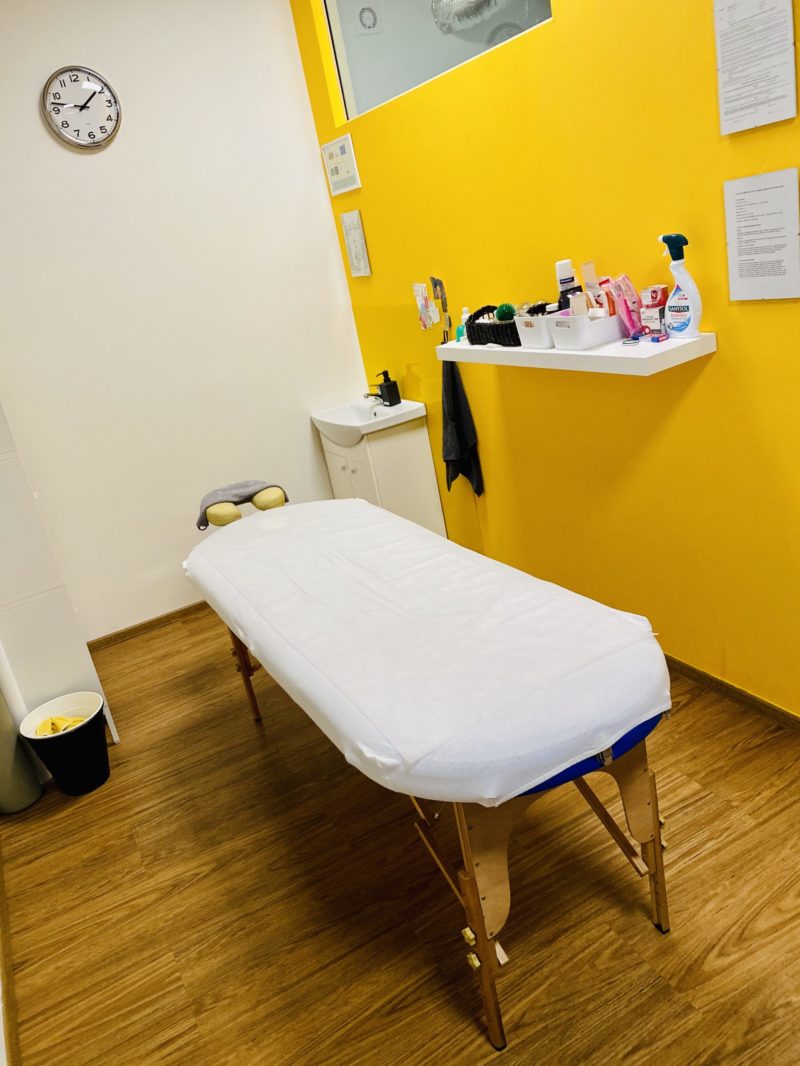 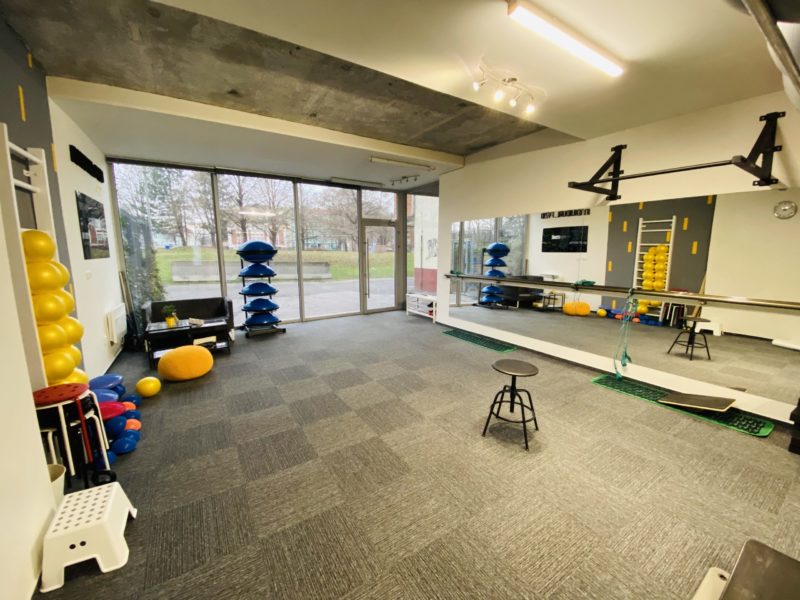 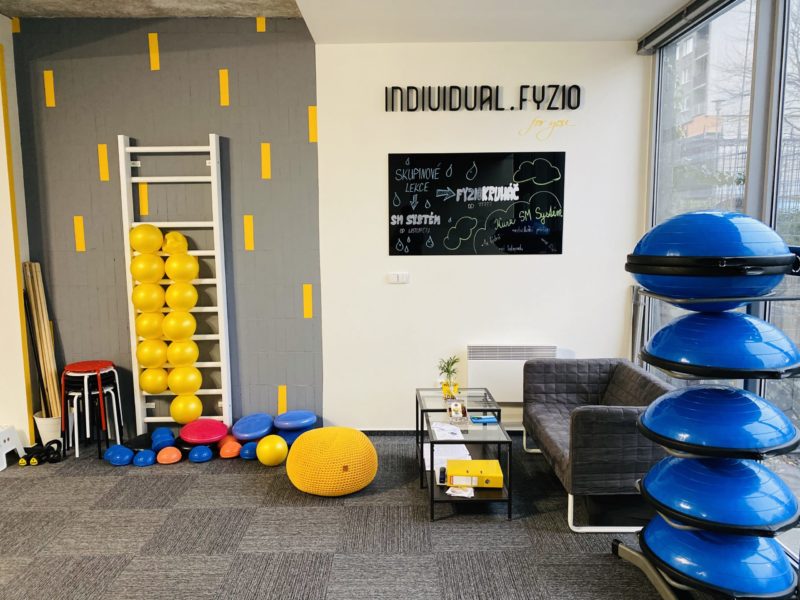 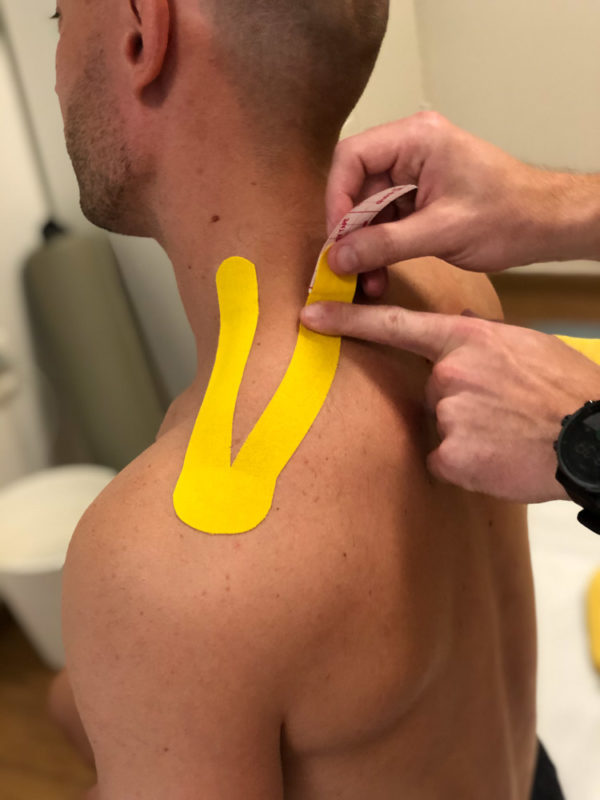 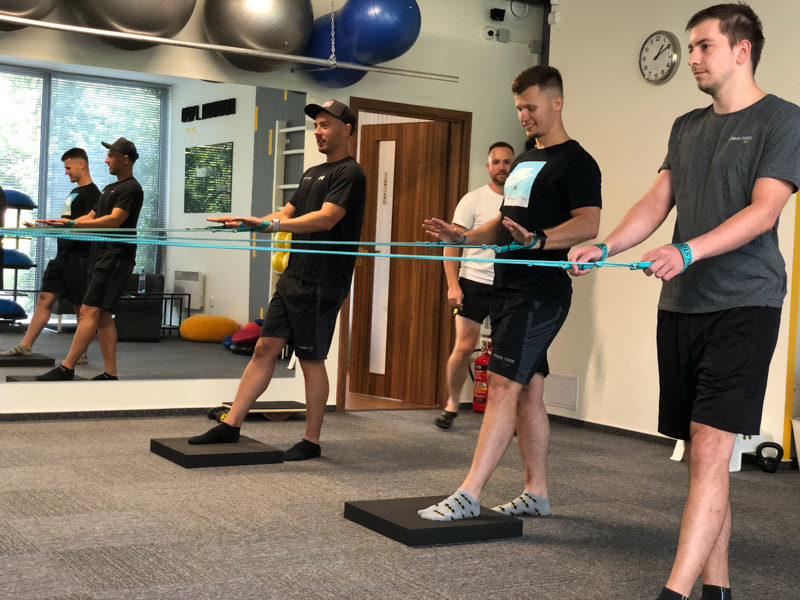 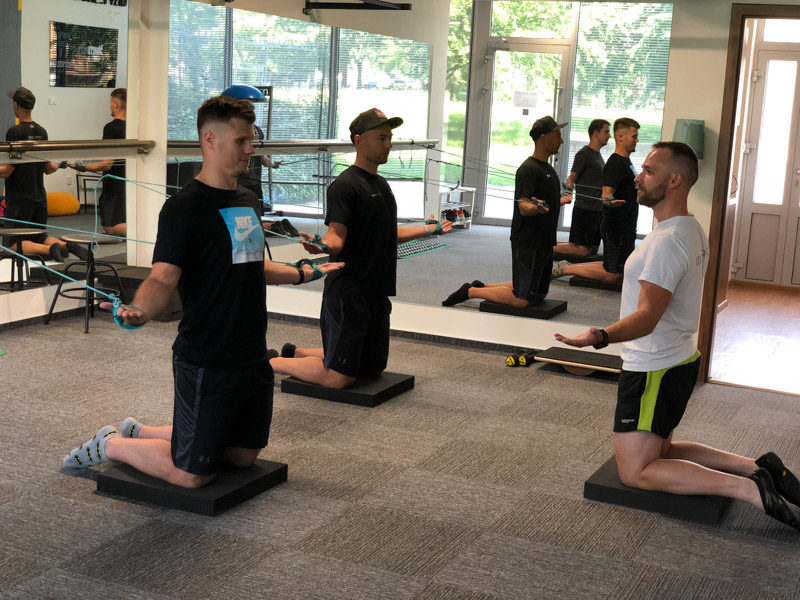 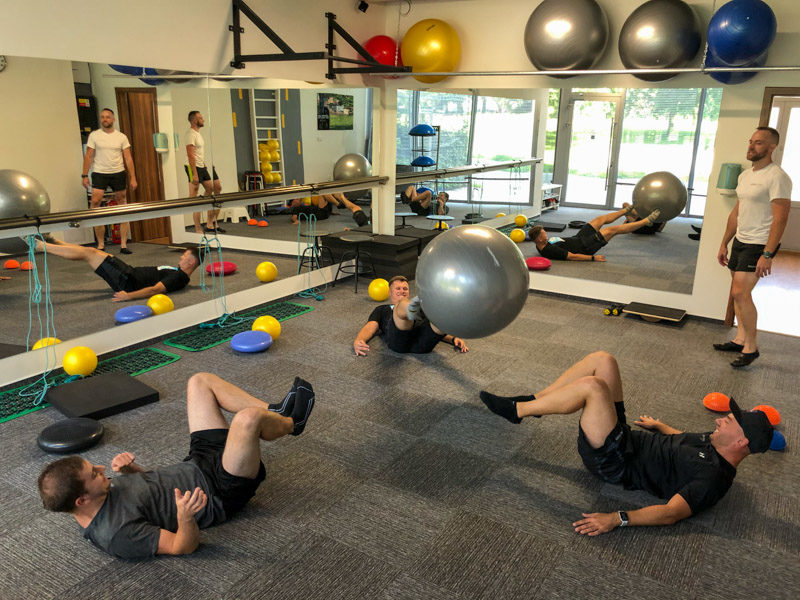